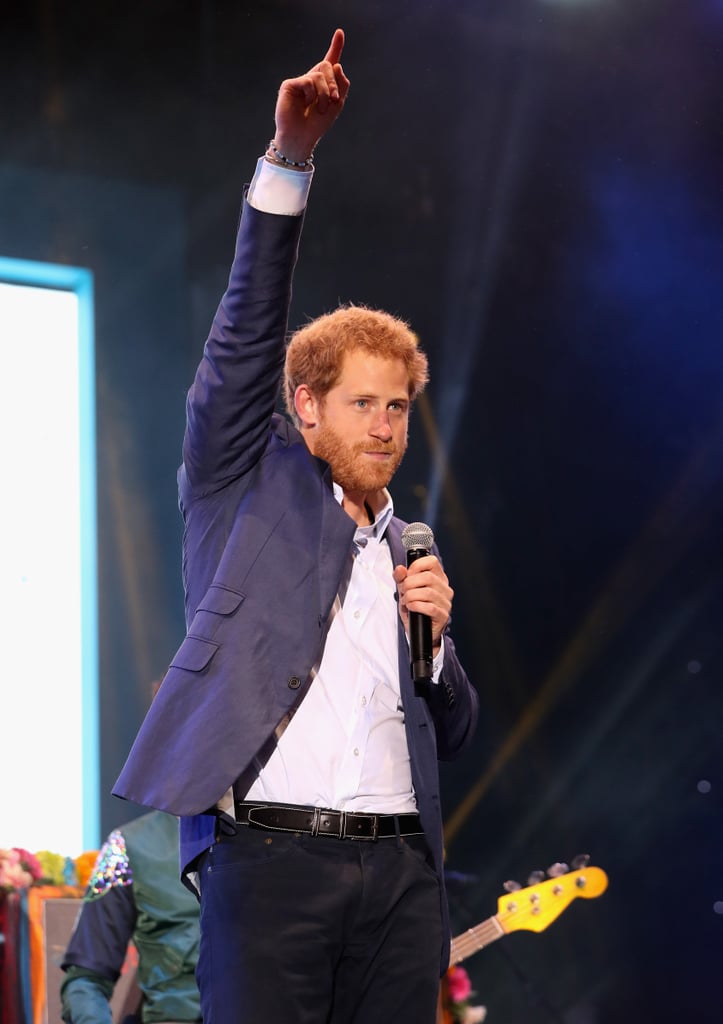 After spending the day with Joss Stone and a children's choir from South Africa, Prince Harry hosted the "Right to Be Wrong" singer and Coldplay at Kensington Palace for a special concert on Tuesday. At the event — which was held by Harry's Sentebale charity to raise HIV awareness — the prince took the stage and touched on the epidemic, saying, "HIV has drifted from the headlines, but remains an urgent challenge. Every single one of us has a responsibility to educate ourselves — to speak out. When a people come together for a purpose, we can achieve extraordinary things." Noticeably missing were Kate Middleton and Prince William, though Harry was joined by the charity's cofounding patron, Prince Seeiso of Lesotho, and a few other royals.

2016 is already shaping up to be a big year for Harry. In addition to his philanthropic efforts, the prince has been killing it with a bevy of swoon-worthy appearances and his cute antics. In July, he is set to travel to Durban, South Africa, for the International AIDS Conference. See what else is in store for him in the months to come.