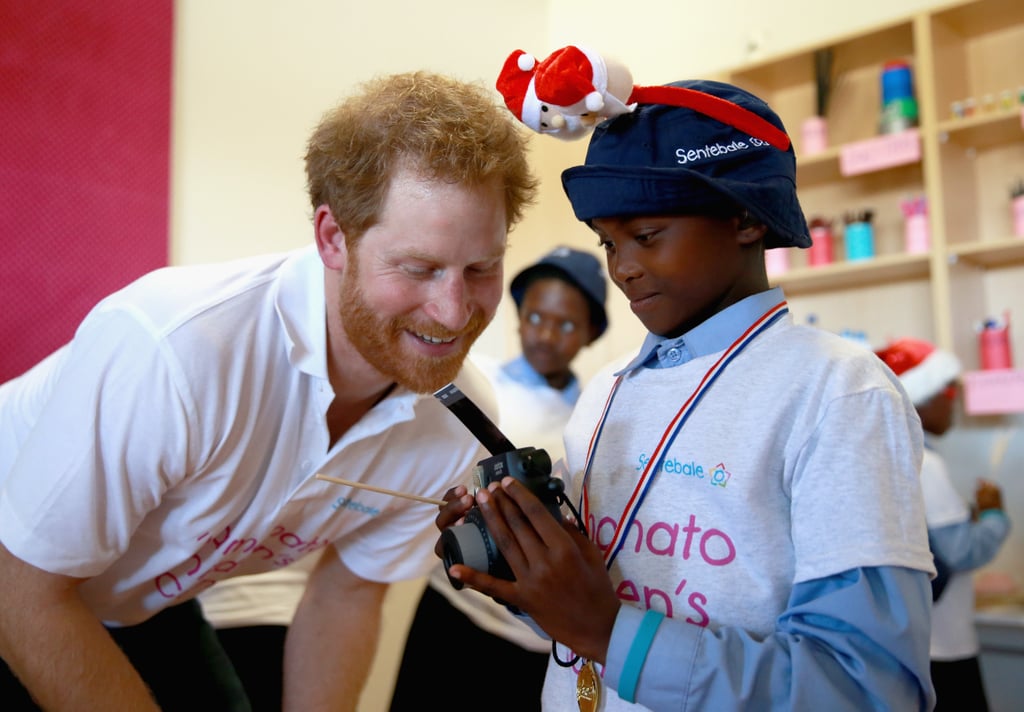 Prince Harry's South Africa tour has begun! On Thursday, Harry kicked off his week-long trip with a return to Lesotho on behalf of Sentebale, a charity he and Prince Seeiso founded in memory of their mothers. Harry looked happy and relaxed for the outing, which included a meeting with Lesotho Deputy Prime Minister Mothetjoa Metsing and a visit to the new Mamohato Children's Centre at Thaba Bosiu, a center built by Sentebale to provide support to children currently affected by HIV/AIDS. During his visit to the Mamohato Children's Centre, Harry reunited with Mutsu Potsane, a child who Harry previously met during his Africa tour in 2004.

Harry's South African journey will include stops in Cape Town, Durban, Kruger National Park, and Johannesburg. Read on to see more photos from Prince Harry's tour, and then check out the best pictures of the British Royals from 2015.