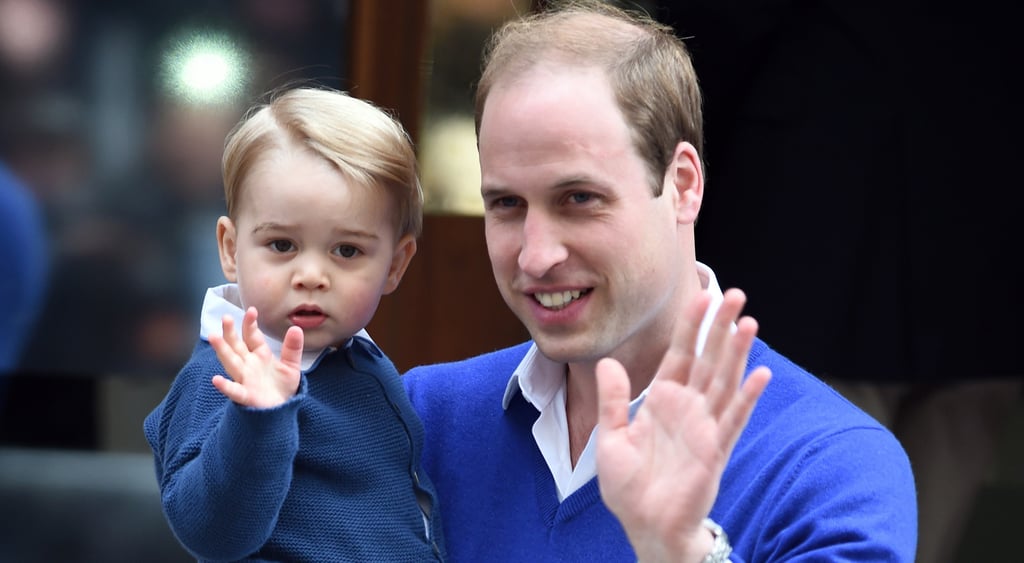 In a new interview, Prince William spoke to The Big Issue magazine about his plans for the holidays and 2-year-old Prince George's newfound excitement with Christmas. William is continuing the royal family Christmas traditions by heading to Anmer Hall in Norfolk with his wife, Kate Middleton, and their two children. "We'll go to church as a family on Christmas Day, as we always do. Then we'll watch George try to tackle his presents as he tries to unwrap them." Because apparently, Prince George now understands that the holidays mean gifts. William said, "George will be bouncing around like a rabbit." This also marks his daughter Princess Charlotte's first Christmas. "So that will be two children, one who suddenly appreciates Christmas, which could be quite challenging. But I'm looking forward to it."

The woman who conducted the interview also has some history with the prince. Sophia Kichou met William several years ago at a Centrepoint hostel, a homelessness charity for which he is a patron. She told him she wanted to be a reporter, and William agreed to give her an interview. William explained that his commitment to the charity stems from his late mother, Diana, Princess of Wales, who was also a patron. "I think it goes back to when my mother first took the role when I was a small boy. That really struck me at a young age, bearing in mind the gulf for me growing up in a palace and seeing the other end of the spectrum. In today's Western world, with all the advancements and privileges we have, the fact some people don't have a bed or a roof over their head is quite ridiculous."