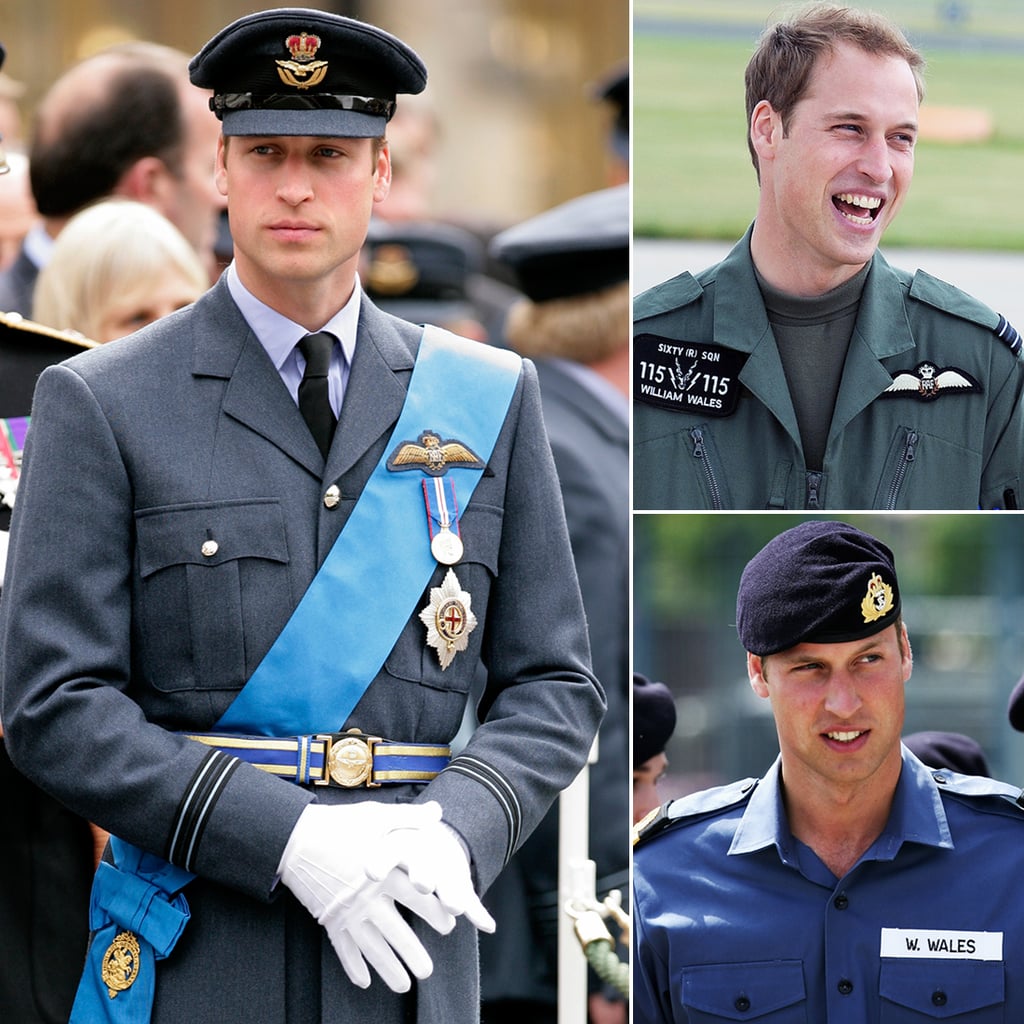 Prince William is a proud husband and father of three, but before becoming a family man, the 36-year-old royal spent some time in the Armed Forces. In January 2006, William joined the military full time and began his work as a search-and-rescue pilot in January 2009. Over the course of his time in the military, he rescued 149 people and completed over 1,300 flying hours, which is an impressive feat to say the least. Though he left the Royal Air Force in 2013, he has slipped back into uniform time and time again. And just like his brother Prince Harry, the Duke of Cambridge looks good doing it. Take a look at Will's sexiest moments in uniform ahead.