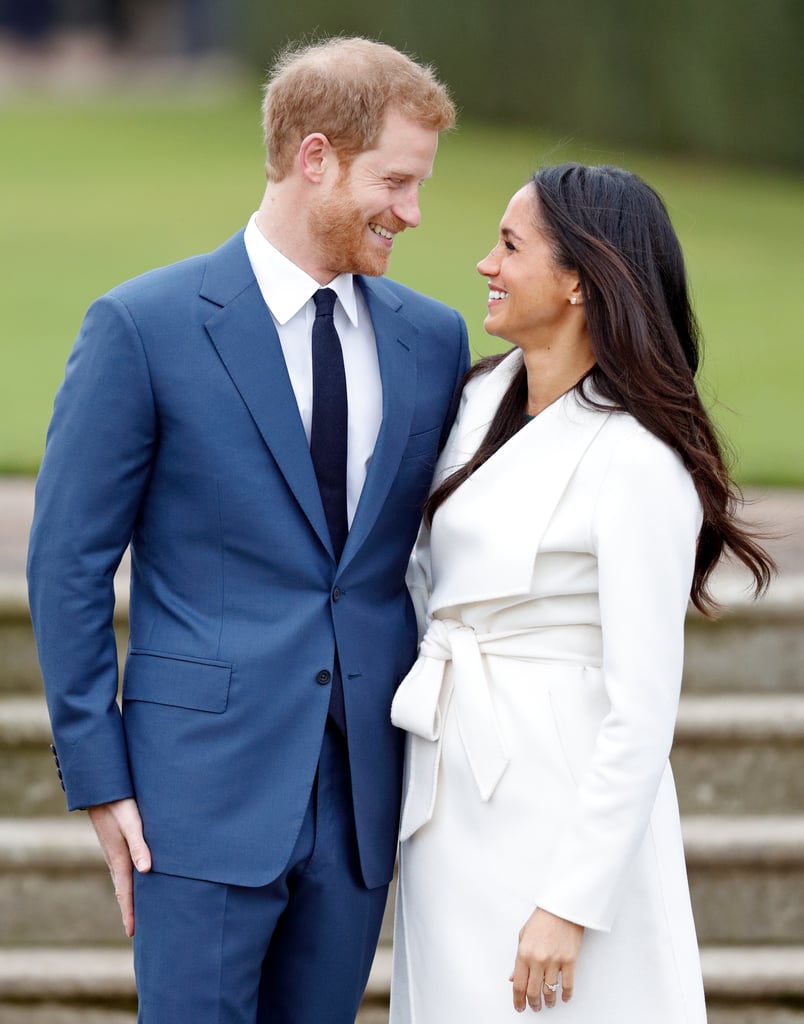 After officially announcing their engagement on Monday morning, Prince Harry and Meghan Markle made a celebratory appearance at Kensington Palace. Harry and Meghan definitely had that newly engaged glow as they held hands and Meghan showed off her stunning engagement ring. In addition to their outing being extra adorable, it instantly reminded us of when Prince William and Kate Middleton stepped out to celebrate their engagement at St. James's Palace back in November 2010.

While there were many similarities in the way both couples gazed lovingly into each other's eyes and held onto their other halves' arms, there were also a few differences. For starters, Meghan and Harry chose to have their engagement photocall outside at the Sunken Garden and Will and Kate had theirs inside at St. James's Palace. Kate also wore a blue wrap dress for the occasion, while Meghan opted for a white trench coat. And then there are the rings. Kate's engagement ring includes a 12-carat sapphire that once belonged to Princess Diana. Meghan's ring, on the other hand, features a center-stone diamond from Botswana and two smaller diamonds from Harry's personal collection, which was given to him by Diana. Keep reading to see Harry and Meghan's engagement photocall side by side with Will and Kate's.