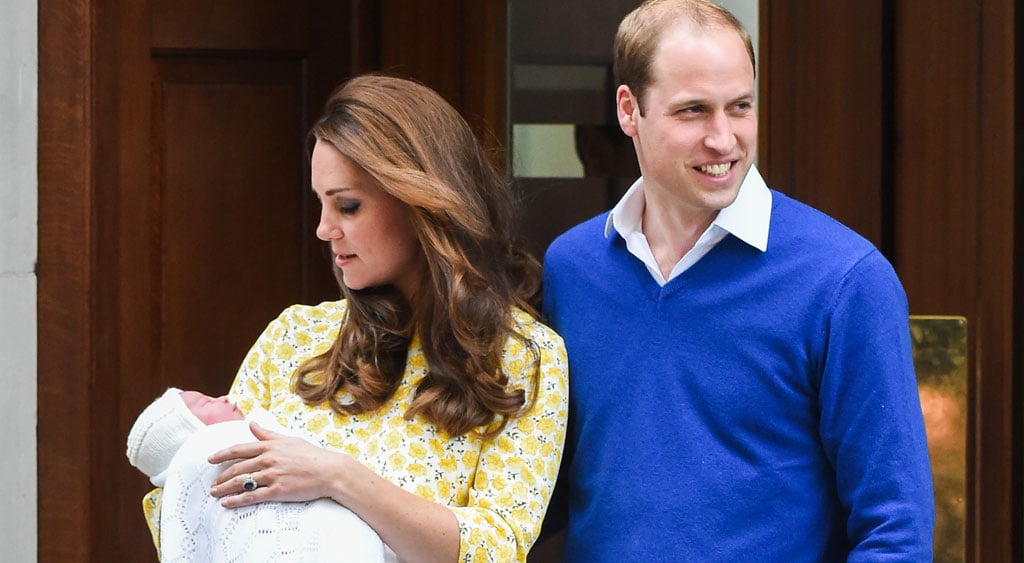 On Sunday, July 5, the day of Princess Charlotte's christening, Kensington Palace announced the five lucky people who will serve as the little royal's godparents. Kate Middleton and Prince William have given Sophie Carter, James Meade, Adam Middleton, the Honorary Laura Fellowes, and Thomas van Straubenzee the special honor. The list, which doesn't include any members of the royal family, is also slightly shorter than George's list of seven godparents. Sophie is a longtime friend of Kate and the Middleton family, while Adam is Kate's cousin. Thomas is Prince William's best friend and even helped Prince Harry with his best man speech at William's 2011 wedding to Kate. Laura is Princess Diana's niece. While Kate's sister Pippa and brother James are noticeably absent from the list, they are both set to attend Sunday's ceremony. And to help get you in the mood for the christening, relive Charlotte's first public appearance in GIFs ahead of her big day.