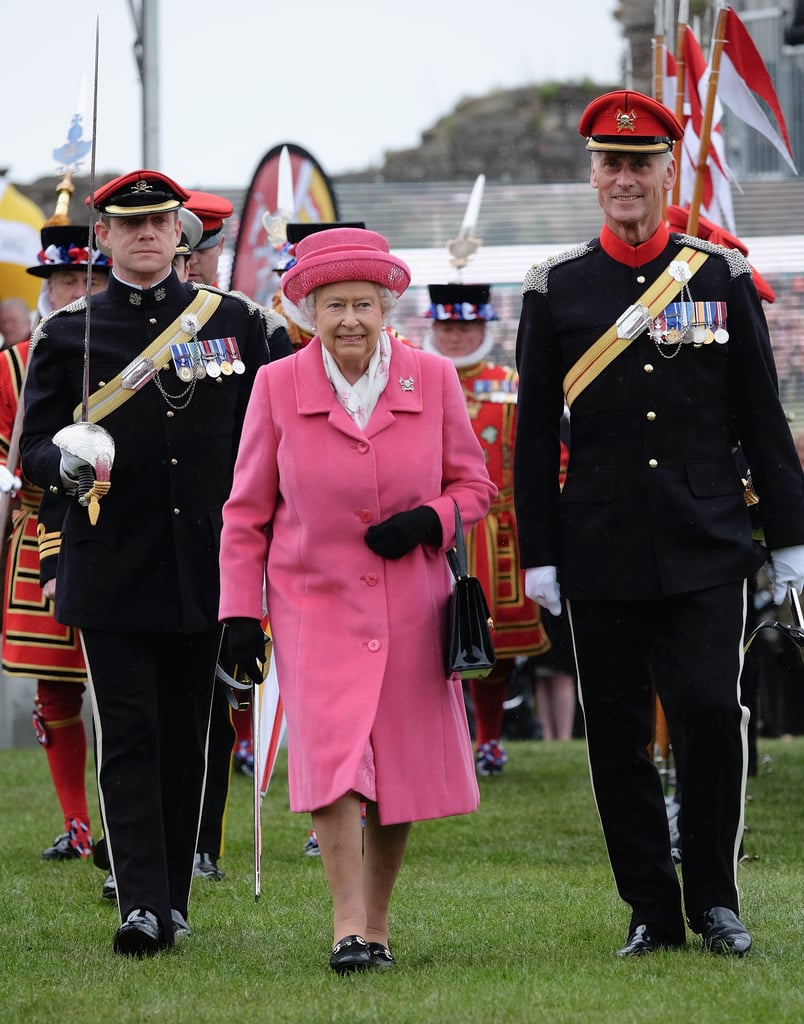 Hours after Kate Middleton gave birth to the new royal baby, a girl, Queen Elizabeth II made an appearance wearing all pink. She had a big smile on her face during the official engagement in Richmond, England, where she watched the amalgamation parade of The Queen's Royal Lancers before speaking to soldiers and their families. Meanwhile, her grandson Prince William was busy introducing his baby girl to the world alongside Kate Middleton. Keep reading for more pictures of the queen's appearance, then see the first photos of the new royal baby plus adorable snaps of Prince George at the hospital!