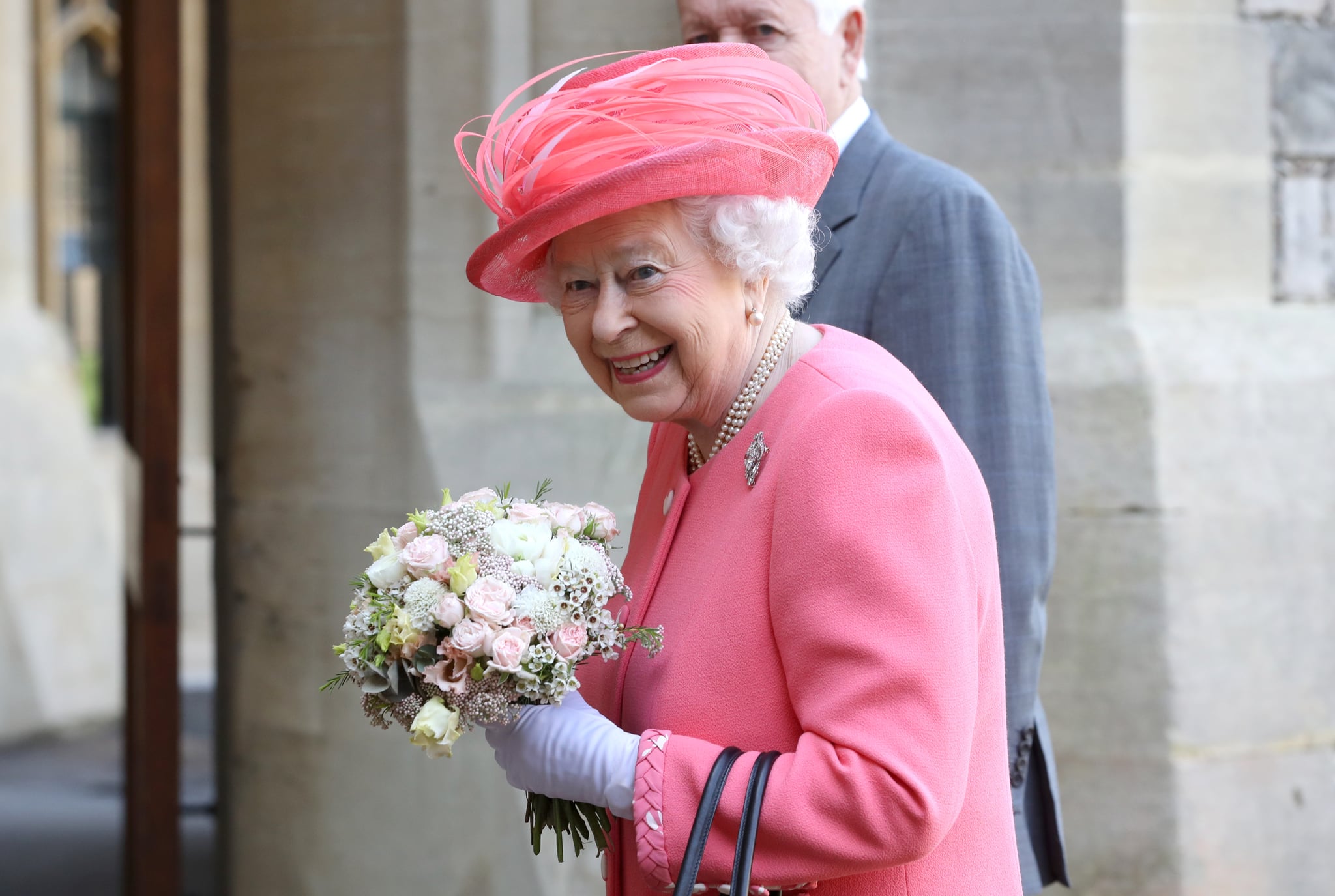 Kate Middleton and Prince William officially became a family of five when they welcomed a new royal prince on Monday morning. So how did Queen Elizabeth II celebrate the arrival of her great-grandson? With a casual horseback ride, of course. Just hours after Kate gave birth, the 92-year-old monarch was photographed horseback riding through Windsor Castle with the palace's head groom, Terry Pendry. Fun fact: Elizabeth is obsessed with horses. She not only rides them, but also breeds them and races them.

Kensington Palace also released a statement on the queen's behalf, congratulating William and Kate on their new addition.

The Queen, The Duke of Edinburgh, The Prince of Wales, The Duchess of Cornwall, Prince Harry and members of both families have been informed and are delighted with the news.

The arrival of the new royal baby comes just two days after the queen rang in her 92nd birthday with a special concert at Royal Albert Hall. The affair brought out Prince Harry and Meghan Markle, who coordinated their outfits in navy blue, as well as Prince Charles, who delivered a sweet speech in honor of his "mummy."