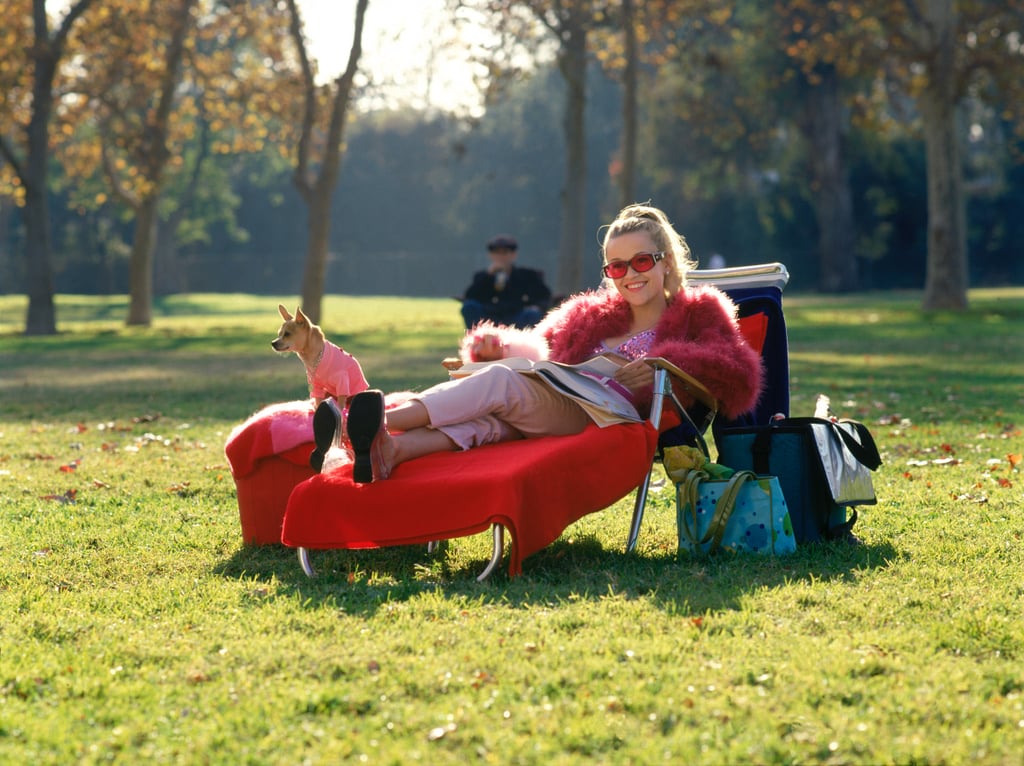 Reese Witherspoon's Legally Blonde character, Elle Woods, was just one of the rom-com legends featured in Ariana Grande's "Thank U, Next" video, and the actress could not have been happier about the homage. After the video was dropped on Friday, Reese posted a side-by-side snap on Instagram with a still from Legally Blonde next to Ariana's re-creation. She also shared a clip to her Instagram Story of Ariana's "bend and snap" scene, which included Reese's former costar Jennifer Coolidge. "I love this," Reese wrote.

The "Thank U, Next" video also paid tribute to Bring It On, 13 Going on 30, and Mean Girls, and it featured cameos from Kris Jenner, Troye Sivan, Jonathan Bennett, and more. Unsurprisingly, it hit 14 million views in five hours and garnered so many comments from fans that it broke YouTube's comment section. Keep reading to see Reese's excited snaps, plus some examples of how well Ariana nailed her Elle Woods impression.

Related:
26 Subtle Details You Might Not Have Noticed in Ariana Grande's "Thank U, Next" Video
Previous Next Start Slideshow
Ariana GrandeReese WitherspoonCelebrity InstagramsMusic Videos