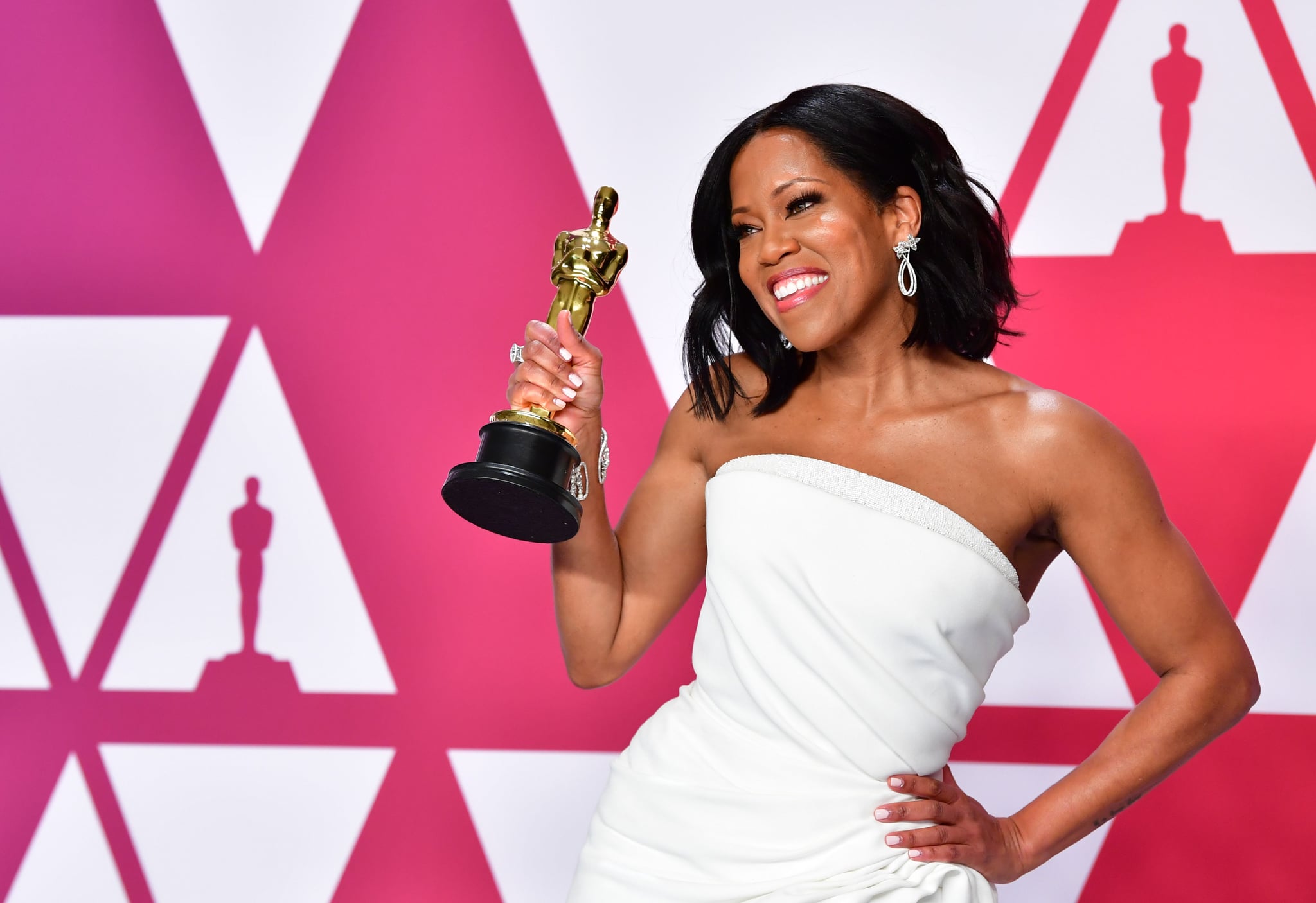 Regina King's night at the Oscars instantly soared when she snagged the best supporting actress win for her role in If Beale Street Could Talk. After Chris Evans graciously helped her up the stairs to accept her award, the incredible actress had the audience rapt with an acceptance speech that thanked her "sisters in art" and her mother, who was her date for the show. "Mom, I love you so much," she said in the swell of emotions on stage.

When Regina stepped backstage and into the interview room to answer questions from the press, she explained why her mother's attendance meant so much to her. "It's hard to put it in words really quickly. It feels like one of those full-circle moments, because so much of the character Sharon Rivers was mapped or inspired by my mother and my grandmother," she said. "My family was there, my sister Reina and my son Ian were there. They are both here tonight. And it goes by so fast, and you want to thank so many people, and your mind just goes blank. And, you know, my mom was like the lighthouse, right there."

Regina also talked about a major plot point in If Beale Street Could Talk. In one of her most emotional scenes, she attempts to convince a rape victim to come forward and tell the truth about her attacker. When asked how she approached such an intense scene, she said, "You know, love is that thing that pushes us through trauma . . . and we hold each other up through a secret that shouldn't be a secret. So often, that's the beautiful thing about the Me Too Movement, and the Me Too Movement has gone even beyond that with creating opportunities for women to find their voice even beyond just being violated sexually, but being marginalized."

Now we're just applauding her all over again.