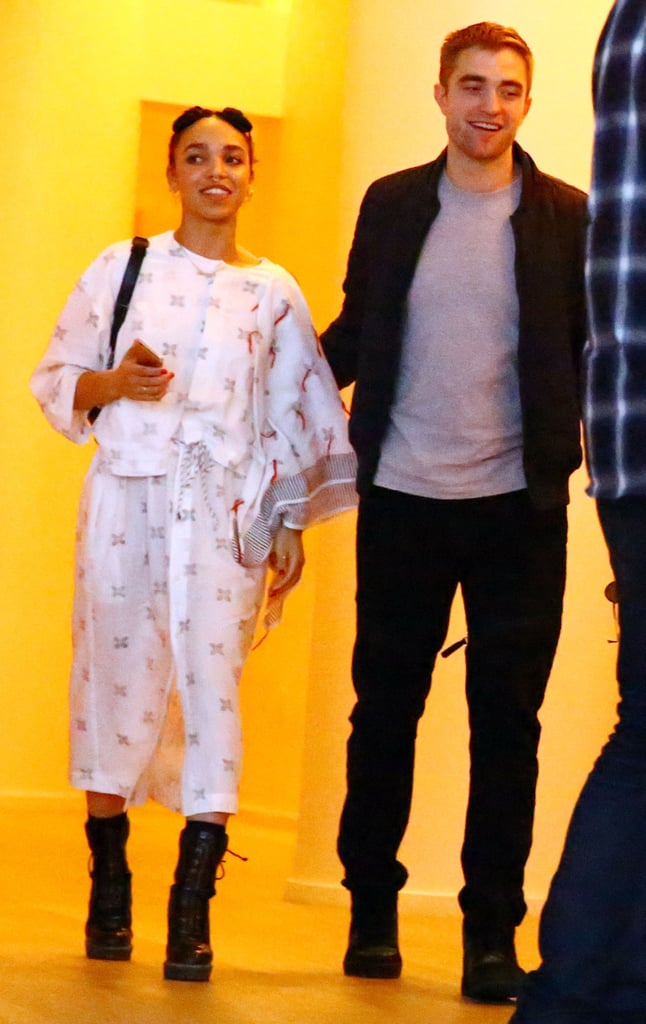 Robert Pattinson looked very much like a supportive boyfriend when he joined FKA Twigs in Miami on Thursday for her big events as part of Art Basel. The actor — who has shed the bizarre hairstyle that made headlines in November — showed PDA with his lover as they left a talk that FKA Twigs had taken part in for Surface magazine. Later, the British singer took over the stage at the YoungArts Campus to perform a short concert. The two stars are hardly the only celebrity couple that has popped up at the annual art festival. Miley Cyrus and her new beau, Patrick Schwarzenegger, have been heating up Miami since she performed a concert on Wednesday and put her new artwork on display. However, what has been getting the most attention from Miley's trip is the fact that she was spotted wearing nothing but silver pasties and matching tights while partying postconcert. Keep reading to see more shots from FKA Twigs and Rob's night in Miami.

Celebrity Couples
Tiffany Haddish and Common Are the Cutest New Couple, and These Pics Prove It
by Corinne Sullivan 23 hours ago

by Maggie Panos 16 hours ago