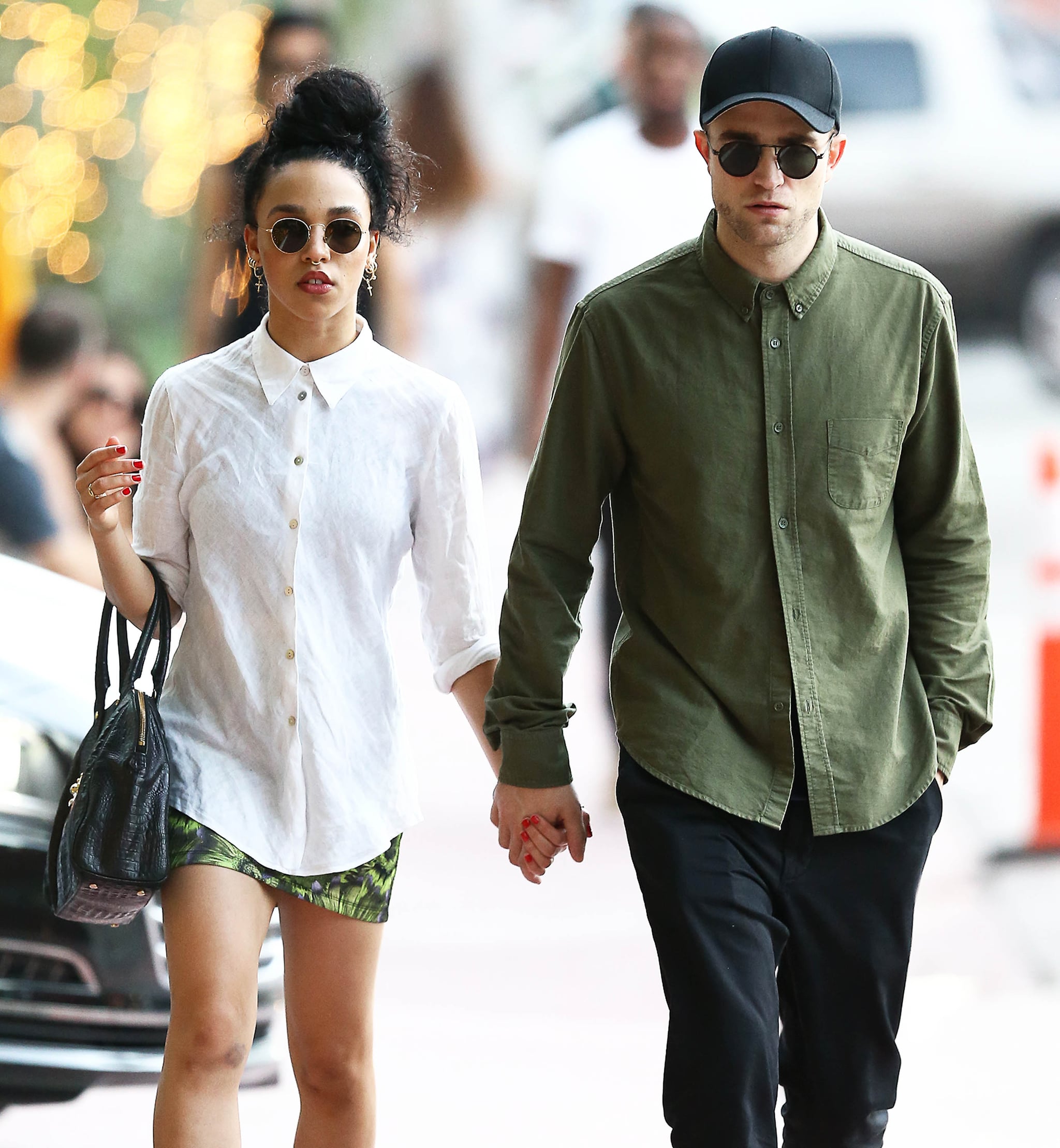 Robert Pattinson and FKA Twigs are really engaged! People confirmed the news after buzz about the couple began on Wednesday. In an interview with Vulture, rapper T-Pain talked about working with Twigs on his upcoming album, saying, "She's on tour so much, and anytime I call her, she's in a different place. And she's engaged now, so that's about to be a whole other thing." When asked further, T-Pain confirmed that the British singer is set to marry "ol' Patty," his nickname for Robert Pattinson, adding, "I don't know if she wanted anybody to know that . . . " He later posted a photo to Instagram claiming that the comment was an April Fools' Day prank, writing, "Added a little #AprilFools to my interview with Vulture Magazine today. Check it out!!!!" It's likely that T-Pain got into some "T-rouble" with the couple's reps for spilling the beans, which could be why he made the April Fools' Day excuse; according to People, two sources confirmed to them that the former Twilight star has indeed proposed to his girlfriend of six months.

On the same day as the engagement news broke, Rob was spotted heading to the gym in LA; he was the victim of another prank that alleged he would be joining the cast of The Walking Dead. Despite the alleged April Fools' Day joke, FKA Twigs was spotted wearing a thin gold band when she hit the red carpet for an Alexander McQueen exhibit last month. Rob and Twigs have been dating since August 2014 and were most recently seen traveling together in Paris in early March. Congrats to the happy couple!