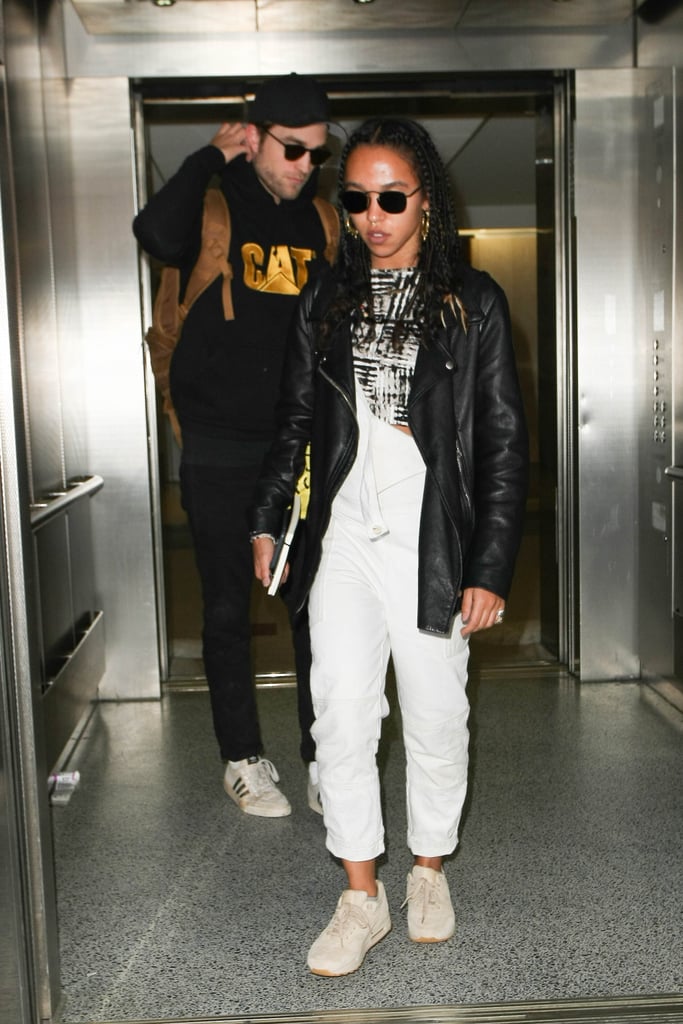 Robert Pattinson and FKA Twigs were spotted arriving at LAX on Monday. The couple, who's been going strong since August 2014, kept a low profile in sunglasses and sneakers and steered clear of PDA as they made their way out of the airport. Despite recent breakup rumors, it appears Rob and FKA Twigs are still going strong and their engagement is still on. Rob recently wrapped up production for The Lost City of Z, Good Time, and Damsel, so expect to see more of him in the months to come.