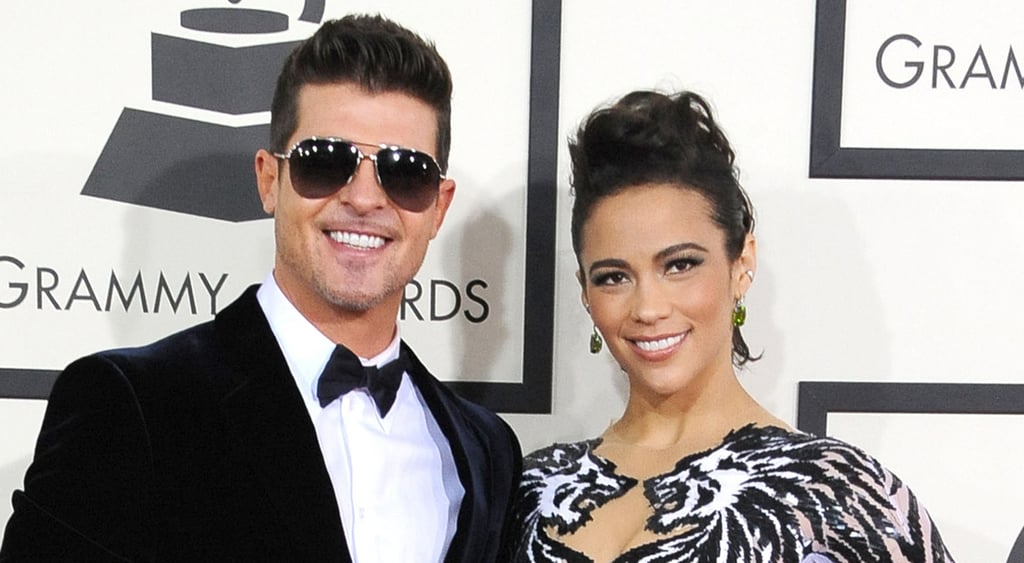 Paula Patton and Robin Thicke are separating. The pair announced today that they are going their separate ways after nearly nine years of marriage and two decades as a couple. "We will always love each other and be best friends. However, we have mutually decided to separate at this time," Paula and Robin said in a statement. The two had been dating on and off since they were 14 and got married in 2005. In April 2010, they welcomed their son, Julian Fuego Thicke, and they made their last public appearance in late January when they attended the 2014 Grammy Awards together.

The split comes on the heels of a huge year for Robin, whose fame skyrocketed after the release of "Blurred Lines" last Summer. Rumors of trouble in the couple's marriage circulated after the MTV VMAs in August, after Robin hit the stage with Miley Cyrus in a now-infamous performance. Miley got a lot of flak for dancing suggestively with Robin, but Paula wasn't put off by their performance, saying, "I wasn't surprised at all. They rehearsed for three days beforehand, and I don't know how not to dance with someone having their booty in your . . . all my friends do it like that! I don't really know what the big deal is." Earlier this year, Robin was spotted getting cozy with women while partying with Kanye West at a Paris nightclub.

The Bachelorette
Clare Crawley Speaks Out After Dale Moss Breakup: "I Am Crushed"
by Yerin Kim 1/19
Celebrity News
Ana de Armas and Ben Affleck Reportedly Split: "Their Relationship Was Complicated"
by Chanel Vargas 1/18

Celebrity Couples
Before Michael B. Jordan, Lori Harvey Was Linked to These Famous Men
by Monica Sisavat 1/12