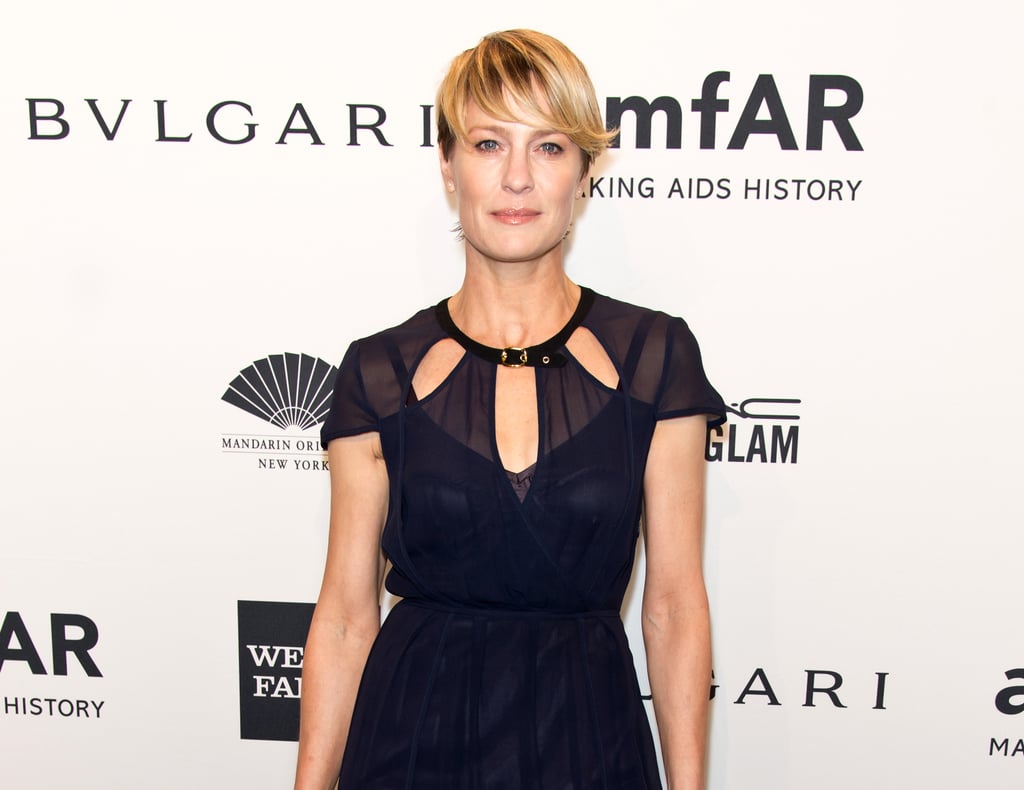 Robin Wright Touts the Benefits of Divorce and Zumba

Robin Wright gave a revealing interview to the UK's Telegraph this week, sharing details on everything from her divorce from Sean Penn to her relationship with fiancé Ben Foster. The normally private House of Cards star also expressed excitement over her "surreal" Golden Globe Award win in January, saying, "I got into the business of acting in order to move and touch people, and I think the award means that I'm succeeding at that."

After finding fame in the '80s and '90s with roles in The Princess Bride and Forrest Gump, Robin stepped out of the spotlight in order to focus on being a wife — to fellow actor Sean Penn — and mother to their two kids, Dylan and Hopper. Robin and Sean were together for 20 years before their final split in 2010, and in her Telegraph sit-down, Robin called the breakup "devastating," adding, "Divorce in and of itself, and with children, is devastating. Worse than that. One of the reasons why we got back together and broke up so much was trying to keep the family together. If you've got kids, it's a family, and you try again, and you try again. We did that for a long time."