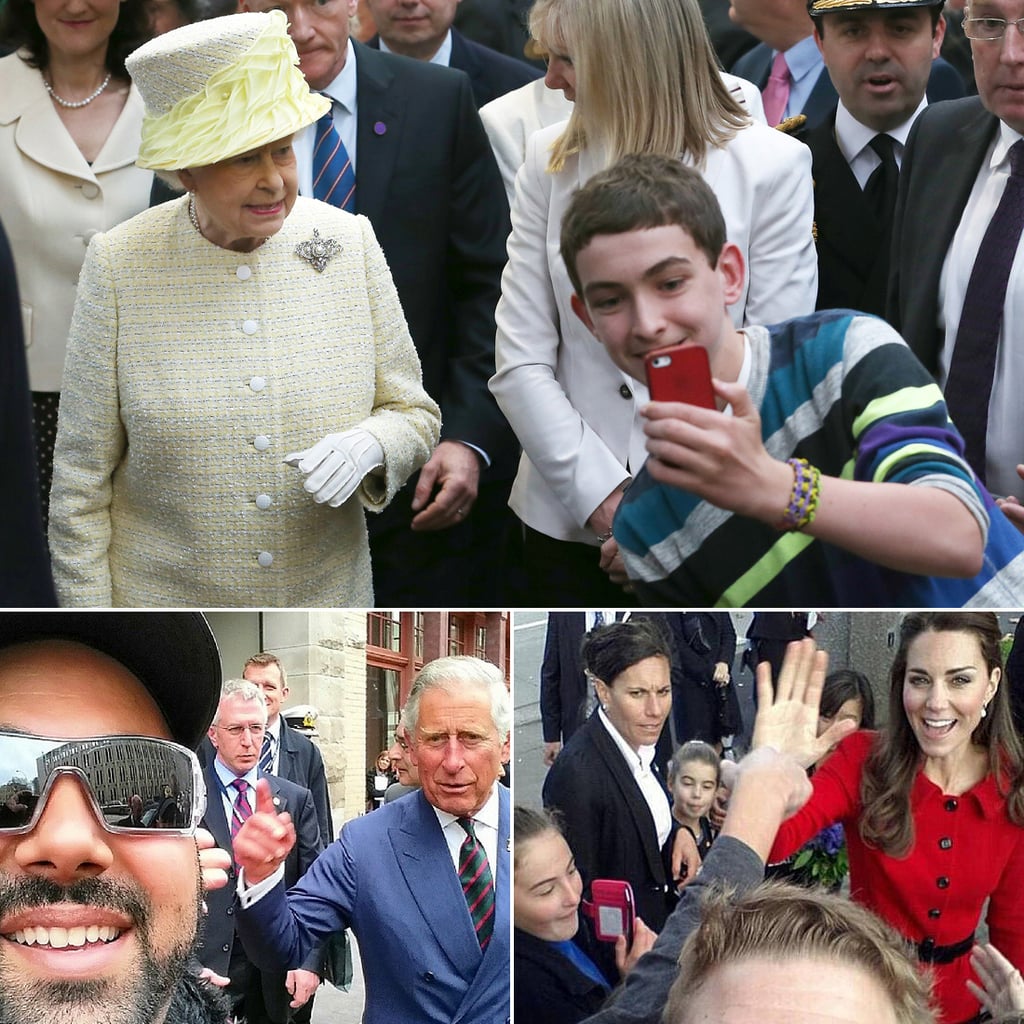 From Kate to the Queen: The Best Royal Selfies

By now, we're all pretty much used to celebrities taking selfies, but catching a member of the UK's royal family snapping a self-taken photo (or — as is more often the case — getting caught in one by a fan) can still make headlines. Earlier this week, Prince William and Prince Harry became the highest-ranking royals to take a selfie. However, there are plenty of royal fans who have gotten that sought-after selfie with Kate Middleton, Prince Charles, Queen Elizabeth II, and other royals. Keep reading to see the best snaps of the royals from all over the world.