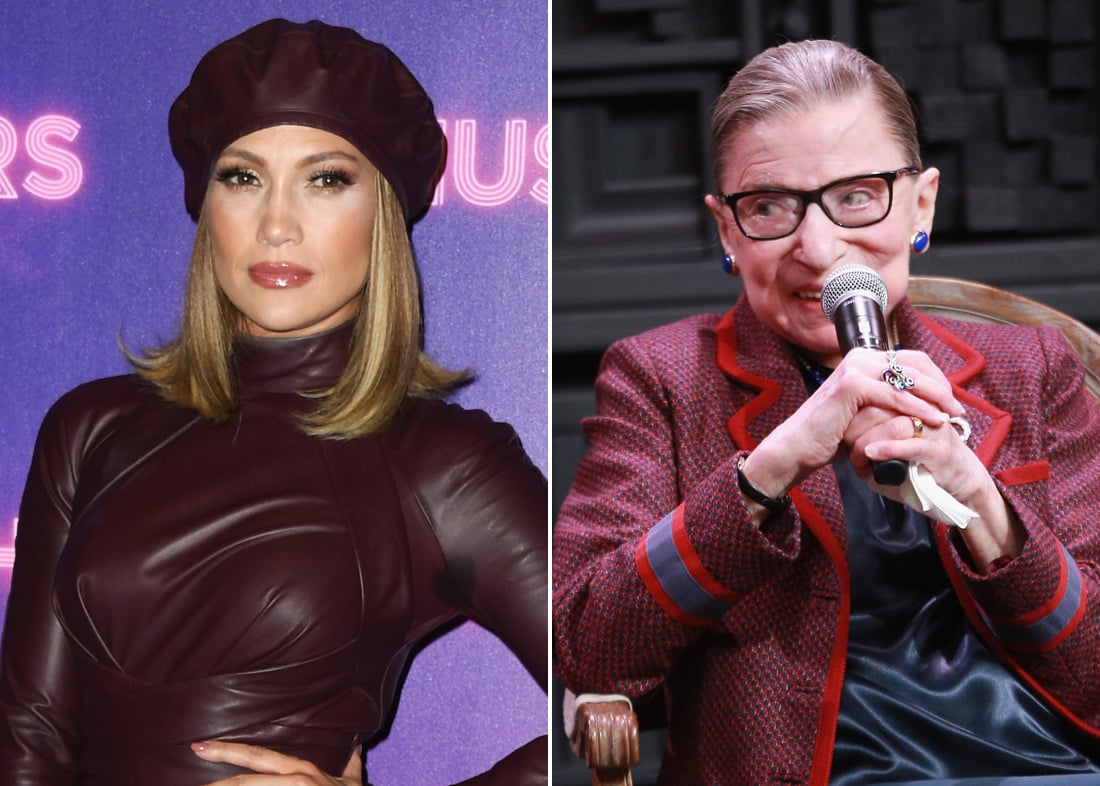 When Jennifer Lopez needs marriage advice, who does she turn to? None other than Supreme Court Justice Ruth Bader Ginsburg. At the Library of Congress National Book Festival in Washington DC on Aug. 31, Ruth recalled J Lo reaching out about a month ago to hear some words of wisdom ahead of her forthcoming wedding to Alex Rodriguez.

"I was called up about a month or so ago by Jennifer Lopez, and she said she would like to meet me and introduce her fiancé Alex Rodriguez," the 86-year-old judge told the crowd at a discussion panel. The three eventually got together, and Jennifer asked if Ruth had "any secret about a happy marriage." And being the smart woman she is, Ruth offered up great counseling that was inspired by the advice her mother-in-law once gave her. "On the day I was married, my mother-in-law — I was married at her home — she took me aside and said she wanted to tell me what was the secret of a happy marriage," Ruth continued. "And I said, 'I'd be glad to hear it. What is it?' And she responded, 'It helps, sometimes, to be a little deaf.'"

Justice Ruth Bader Ginsburg: "I was called up about a month or so ago by Jennifer Lopez, and she said she would like to meet me and introduce her fiance Alex Rodriguez... She mostly wanted to ask if I had any secret about a happy marriage." pic.twitter.com/EgItMC9nHA

During an appearance on The Tonight Show Starring Jimmy Fallon in September, J Lo recalled Ruth's advice, saying, "It was so simple and wise." As simple as the advice might seem, it apparently helped. In 1954, Ruth married lawyer Martin D. Ginsburg, and they stayed together until Martin's death in 2010. Meanwhile, Jennifer walked down the aisle three times and was married to waiter Ojani Noa from 1997 to 1998, dancer Cris Judd from 2001 to 2002, and singer Marc Anthony — with whom she shares 11-year-old twins Max and Emme — from 2004 to 2014.

This time around, J Lo feels she's found the one. After her engagement to Alex, the "Medicine" singer opened up to People about their relationship and how much their love has grown. "We're really happy," she told the publication in March. "Everything that we do, we do together. He knows my dreams and I know his dreams, and together we feel like we're stronger . . . we're constantly supporting each other in our individual endeavors and thinking about all the things that we can build together."