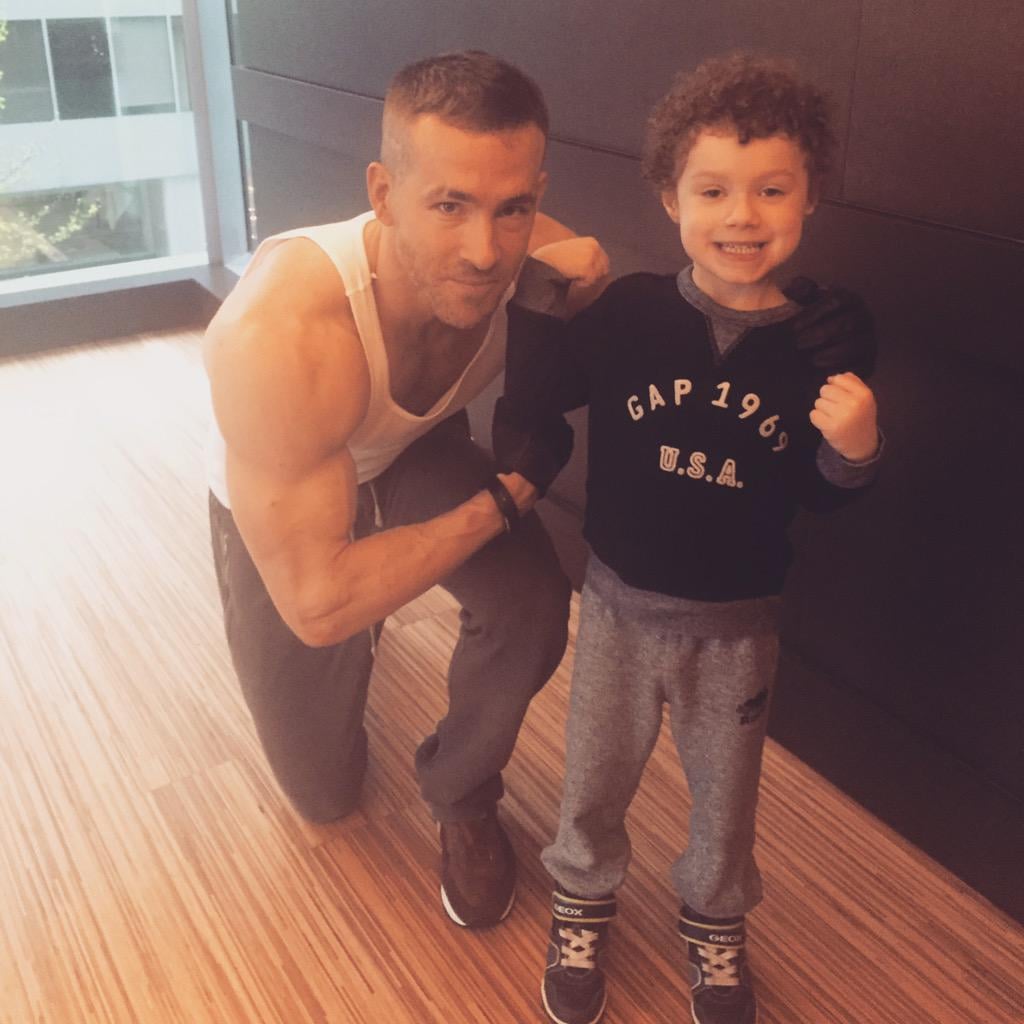 Ryan Reynolds hit the gym in Vancouver, British Columbia, Canada, on Sunday and took time out of his fitness regimen to pose for a photo with an adorable little boy named Adley. The actor, who looked buffer than ever in a tight white tank top, shared the snap on Twitter, writing, "This stud out-benched me in the gym Sunday. Nice meeting you Adley." The little guy is the son of Nutrabolics CEO Rodney Dupont, who most likely ran into Ryan during his workout. Rodney also posted the cute photo, tweeting, "My Little Prince met #GreenLantern Ryan Reynolds today at the gym. Thanks for the pic @VancityReynolds made his day!" Ryan has significantly beefed up for his upcoming film, Deadpool, and shared the first official photo of himself as the Marvel antihero on Friday.