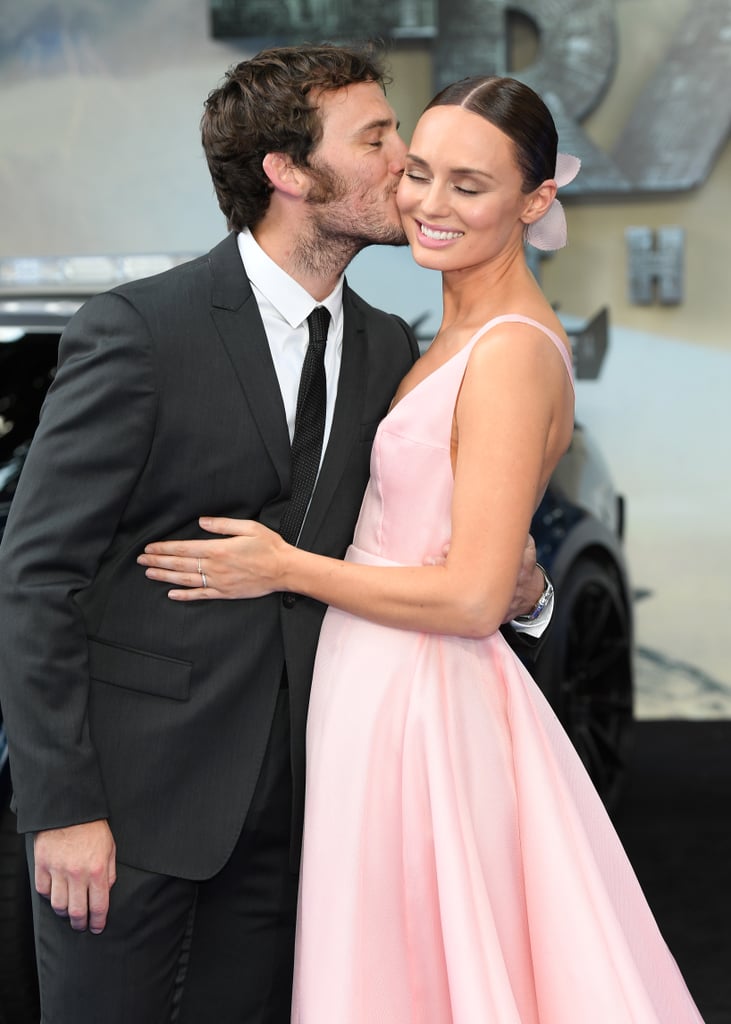 Sam Claflin and Laura Haddock's marriage is coming to an end after six years. The Hunger Games alum announced their split on Instagram in August writing, "Laura and I have decided to legally separate. We will move forward with nothing but love, friendship and a deep respect for one another, whilst we continue to raise our family together."

Interestingly enough, the two English stars actually met during an audition. Sam even called his agent afterwards saying, "I have just met the woman I want to marry." Following the audition, the two had another fortuitous encounter as they ran into each other on a subway the next morning. Turns out, they actually shared the same agent and lived only five minutes away from each other. From there, the rest was pretty much history.

The couple tied the knot in 2013 and eventually welcomed a son named Pip in December 2015 and a daughter named Margot in January 2018. Look back at some of their cutest moments together over the years.

Related:
Sam Claflin's Instagram Snaps Will Do Nothing but Solidify Your Intense Love For Him
Previous Next Start Slideshow
Sam ClaflinCelebrity CouplesLaura HaddockCelebrity PDA

by Melanie Whyte 52 minutes ago

by Sabienna Bowman 52 minutes ago