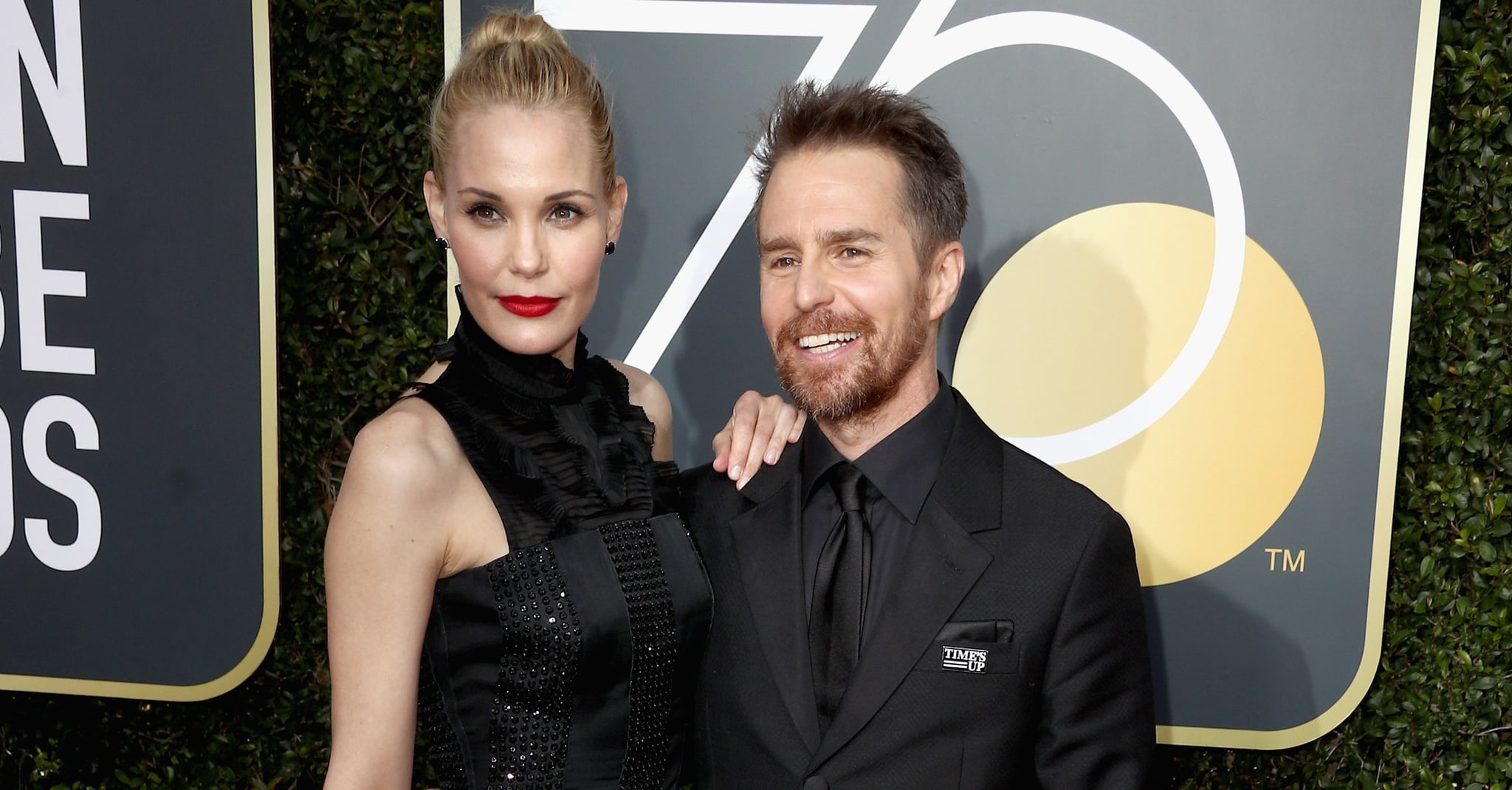 Last year, Sam Rockwell delivered an emotional and moving speech while accepting his best supporting actor Golden Globe award for his role in Three Billboards Outside Ebbing, Missouri — he's nominated this year again for best supporting actor for his role in Vice — but before he took the stage, he got a sweet smooch from his date and long-term girlfriend, Leslie Bibb, that left him covered in lipstick.

But exactly who is Leslie Bibb? She's an accomplished actor in her own right and has been performing for decades!

Born in Bismarck, ND, and raised in Nelson County, VA, the 43-year-old model-turned-actress got her start in 1990 when, at just 16, she won a nationwide model search on The Oprah Winfrey Show. After scoring small parts in films like The Skulls and shows like Home Improvement and Just Shoot Me!, Bibb landed a starring role as preppy Brooke McQueen on the short-lived WB show Popular, which lasted for just two seasons. Popular may not have lasted long, but it introduced Bibb to a larger audience and helped her land roles in See Spot Run, ER, Line of Fire, and Nip/Tuck. In 2006 Bibb starred opposite Will Ferrell in Talladega Nights: The Ballad of Ricky Bobby, and she played the foil to Isla Fisher's main character in 2009's Confessions of a Shopaholic.

It was in 2007 that a chance encounter at a Hollywood landmark led Bibb to cross paths with Rockwell. In a 2012 interview Bibb did with Rosie O' Donnell, the actress shared that Rockwell was the first celebrity she ever dated. The pair met in the lobby of the Chateau Marmont Hotel in Los Angeles while Bibb was waiting to have dinner with friends and Rockwell was working on the movie Frost/Nixon, and they have been inseparable ever since.

"He smiled at me, and I thought, 'Oh no, what's that?' Sometimes you just get struck," Bibb told O'Donnell about the love-at-first-sight moment with Rockwell. Since then, the low-profile duo have appeared on screen together in Iron Man 2 (Bibb also starred in Iron Man as Christine Everhart), and though the pair have been mum on wedding plans and have yet to start a family, they're one of the couples who have found the secret to making Hollywood love last.