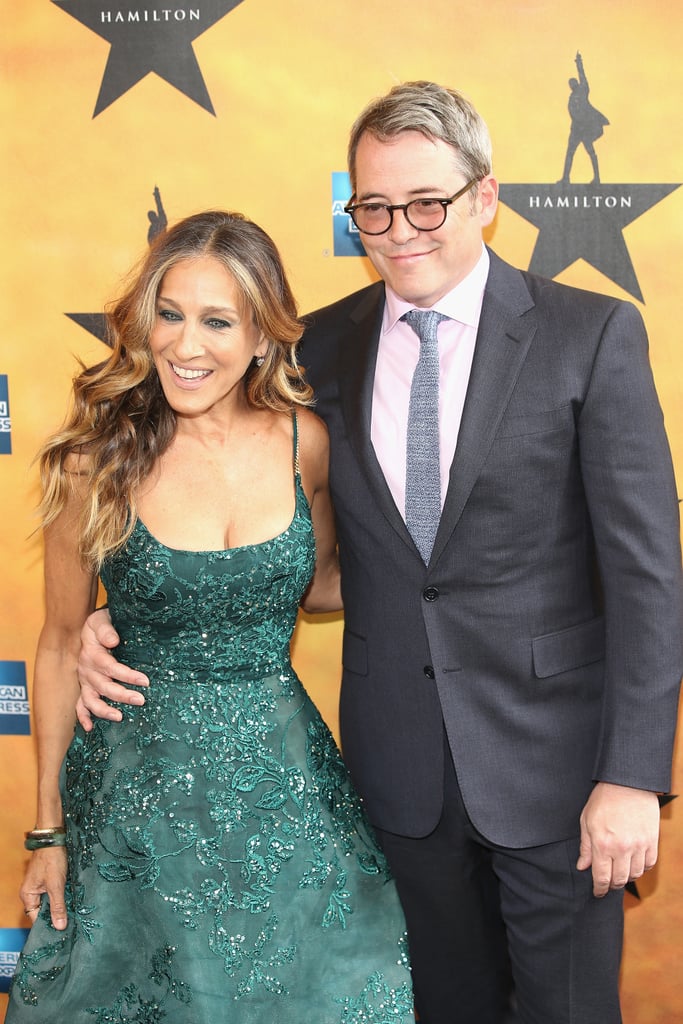 Sarah Jessica Parker channeled her iconic Sex and the City character during a date night with husband Matthew Broderick in NYC on Thursday night. The couple walked the red carpet for the opening night of the Broadway musical Hamilton and showed sweet PDA on the red carpet before taking in the performance. Inside, Sarah Jessica — who stunned in a low-cut emerald-green Elie Saab gown — also linked up with Girls star Allison Williams, which is especially funny considering SJP is so not a Marnie.

It's no secret that Sarah Jessica and Matthew are huge Broadway fans and followers; over the course of their 18-year marriage, they've starred in five and 13 productions, respectively. While Matthew is scheduled to hit the stage in October for the show Sylvia, Sarah Jessica's upcoming project has her returning to television, and specifically HBO. She'll be starring in and executive producing the comedy series Divorce, which is slated to premiere next Summer. Keep reading for Matthew and SJP's fancy night out on the town.