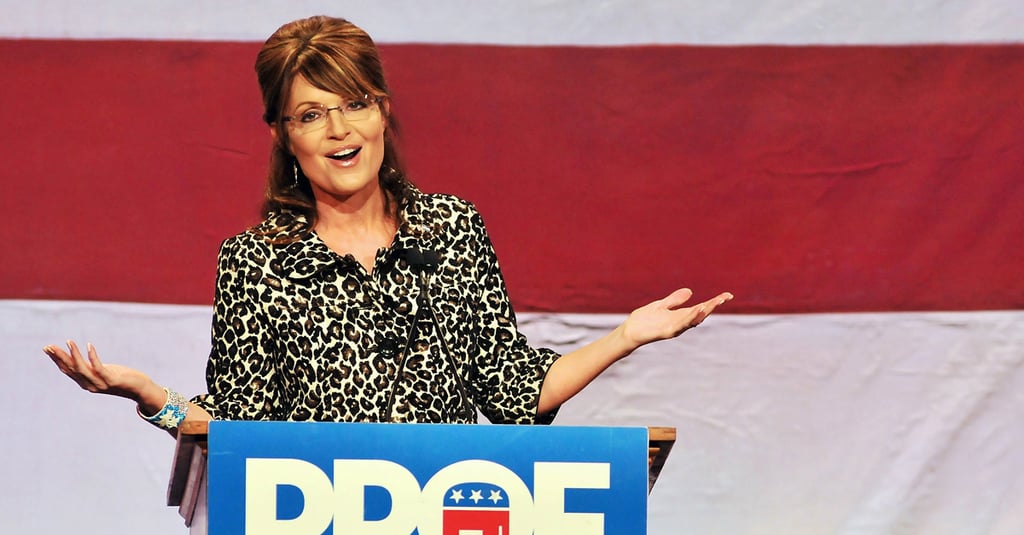 Sarah Palin and her family were reportedly involved in a fight that was worthy of a reality show. Bloggers in Sarah's home state of Alaska first broke the news of the scuffle, which reportedly started when Sarah's son Track spotted Willow's ex-boyfriend at an Iron Dog snowmobile party and the two got into an argument. Blogger Amanda Coyne had an unconfirmed report from the scene:

"A nice, mellow party, until the Palin's show up. There's beer, of course, and maybe other things. Which is all fine, but just about the time when some people might have had one too many, a Track Palin stumbles out of a stretch Hummer, and immediately spots an ex-boyfriend of Willow's. Track isn't happy with this guy, the story goes. There's words, and more. The owner of the house gets involved, and he probably wished he hadn't. At this point, he's up against nearly the whole Palin tribe: Palin women screaming. Palin men thumping their chests. Word is that Bristol has a particularly strong right hook, which she employed repeatedly, and it's something to hear when Sarah screams, 'Don't you know who I am!'And it was particularly wonderful when someone in the crowd screamed back, 'This isn't some damned hillbilly reality show!' No, it's what happens when the former First Family of Alaska comes knocking. As people were leaving in a cab, Track was seen on the street, shirtless, flipping people off, with Sarah right behind him, and Todd somewhere in the foreground, tending to his bloody nose."

Naturally, the news of the fight went viral and the Anchorage Police Department did confirm that a fight had broken out at a party at the location described, but "none of the parties involved wanted to press charges." As for if the Palins were directly involved, the police department only said that "some of the Palin family members were in attendance at the party."

Relationships
Drew Barrymore Encourages People to "Celebrate" Their Exes — but Really?
by Taylor Andrews 4 weeks ago