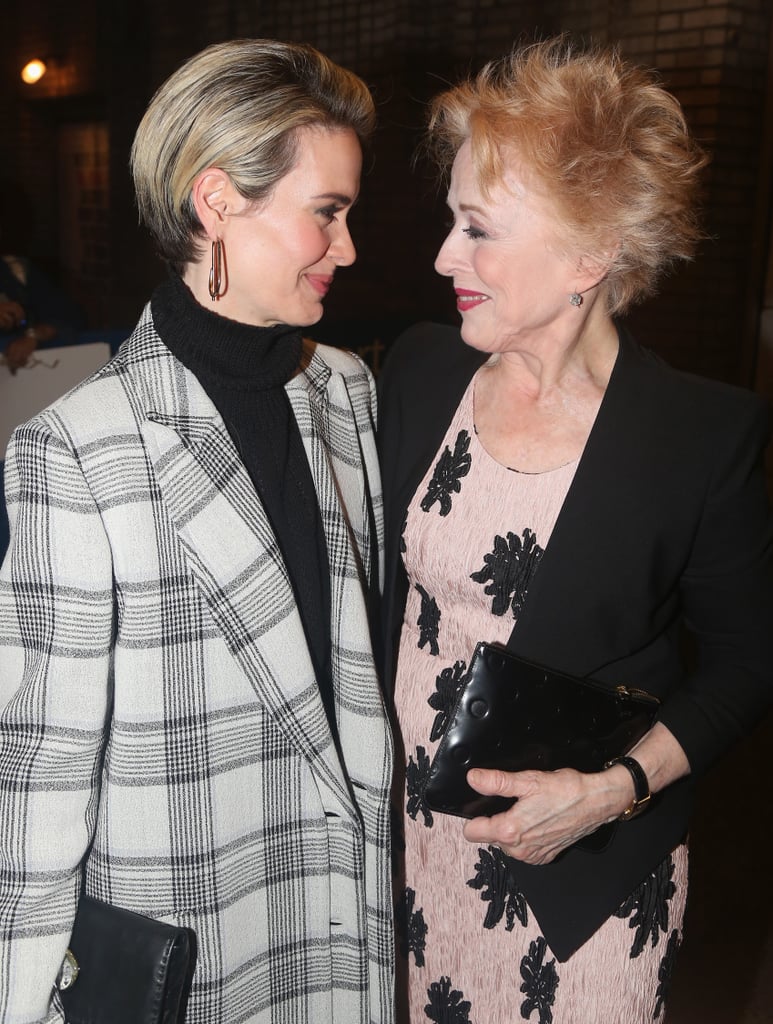 Just when you think it doesn't seem possible for Sarah Paulson and Holland Taylor to look more in love, they go right ahead and do. Sarah supported Holland at the opening night of her Broadway show The Front Page on Thursday in NYC, where they happily posed for photographs together. The couple shared a few laughs and stared deep into each other's eyes in front of the cameras before Holland took the stage. Although the pair tend to keep their relationship fairly private, Sarah gave her girlfriend a shout-out when she took home an Emmy Award for her work in American Crime Story: The People v. O.J. Simpson. Later on, they had an adorable interaction on Twitter, further solidifying themselves as one of 2016's cutest couples.