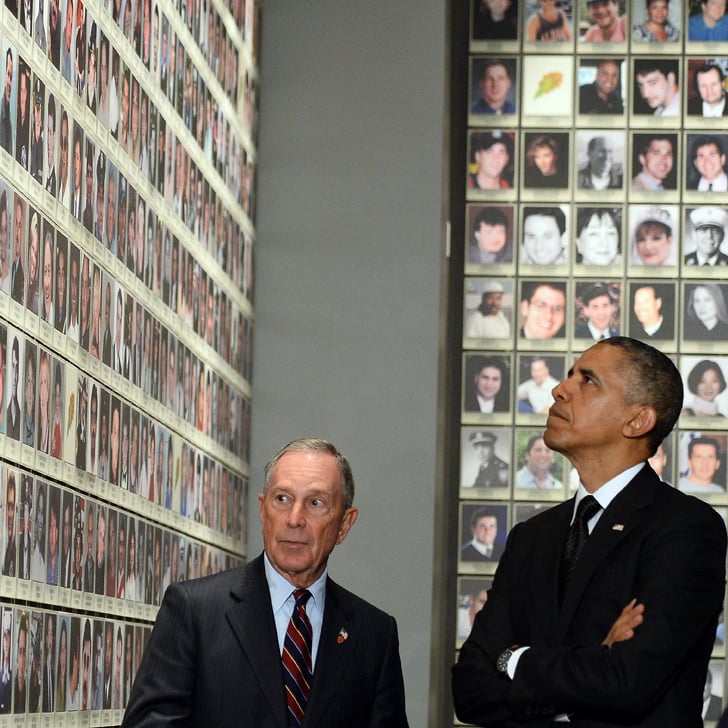 Go Inside the Moving 9/11 Memorial & Museum

The National September 11 Memorial & Museum in NYC held its dedication ceremony on Thursday, with President Barack Obama delivering remarks as Americans gathered for the emotional day. Speaking of the victims and the first responders of the 9/11 attacks, Obama said, "Here we tell their story, so that generations yet unborn will never forget," adding, "Those we lost live on in us — in the families who love them still, in the friends who remember them always." During Obama's speech, people gathered on the plaza of the September 11 Memorial, with onlookers becoming emotional throughout the ceremony.

The museum features archives, artifacts, and multimedia displays to tell the stories of the 1993 World Trade Center bombing and the 9/11 tragedy. Inside, the lives of those lost are commemorated with photos, newspaper clips, objects, and letters. Ahead of the museum's official opening on May 21, take a look inside the moving memorial.

Barack Obama
"I Saw You Guys Ball Out!": Obama's Phone Call to the Chicago Sky Is Full of Windy City Pride
by Maggie Ryan 4 days ago