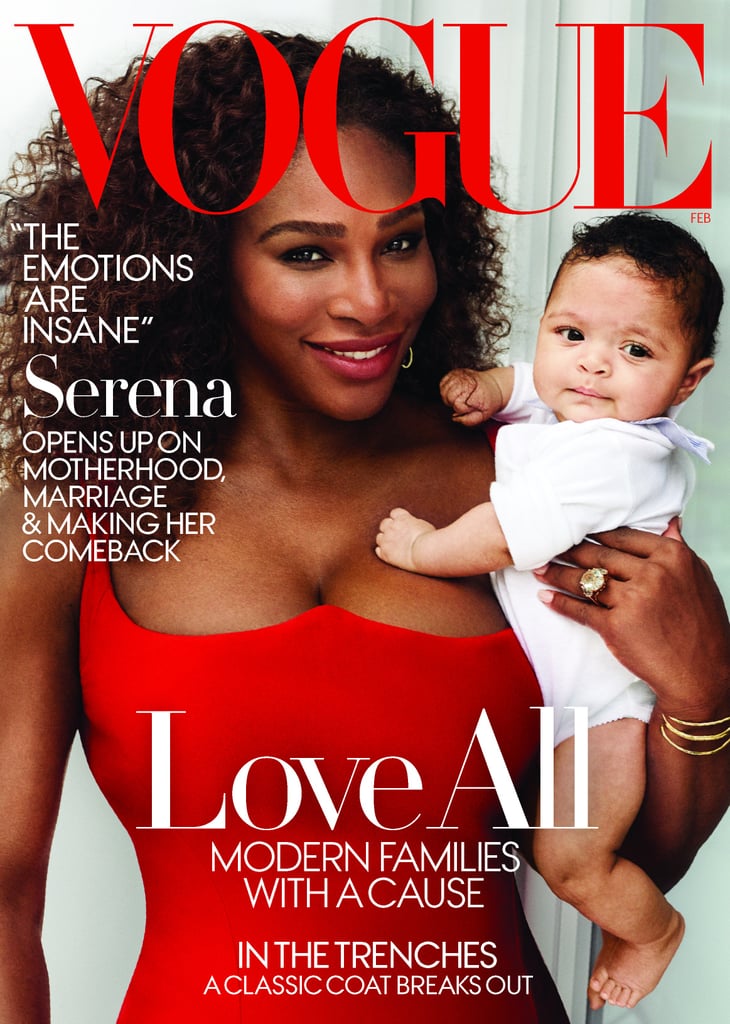 Serena Williams is known for being a powerful force on the tennis court, but these days, the competitive sports player is channeling her softer side, thanks to motherhood. The 36-year-old Grand Slam champion and her daughter, Alexis Olympia Ohanian Jr. are the cover stars of Vogue's February issue, and to say they're both serving up cuteness would be an understatement. Serena has shared glimpses of how her life has changed since giving birth in September, and now she's opening up about why she's "so glad" she's raising a baby girl.

"I think sometimes women limit themselves," Serena told the fashion magazine. "I'm not sure why we think that way, but I know that we're sometimes taught to not dream as big as men, not to believe we can be a president or a CEO, when in the same household, a male child is told he can be anything he wants. I'm so glad I had a daughter. I want to teach her that there are no limits." Preach, Serena!

See the cutest photos from their adorable family photo shoot, which included a guest appearance from Serena's sisters, Venus Williams and Lyndrea and Isha Price, and Serena's mom, Oracene, ahead.