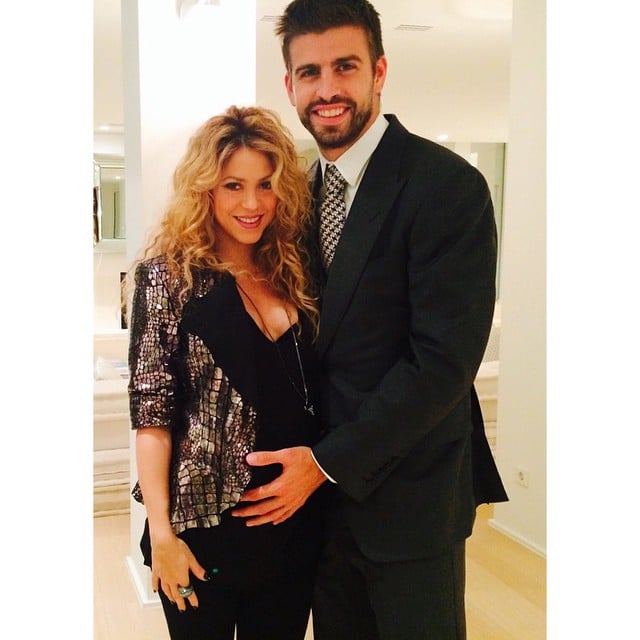 Shakira and her boyfriend, Gerard Piqué, showed adorable PDA as they stepped out together for an event in Barcelona on Wednesday night. In a photo shared on her Instagram account, Gerard cradles Shakira's growing baby bump; the singer captioned the photo, "Celebrated my partner Puig's 100th Anniversary tonight, and wearing my new favorite accessory." Shakira works with the Spanish fashion and fragrance firm on her scent, Rock by Shakira, and talked to WWD about her wardrobe choices as her belly gets bigger. She also revealed that she wouldn't be giving up high heels, saying, "Over my dead body," adding, "[Gerard]'s just too tall."

Shakira and Gerard are currently expecting their second child together, a baby boy, and are already parents to 1-year-old Milan. Most recently, we saw the little one in the stands with his mom as they cheered on Gerard for his big game with FC Barcelona last weekend.

by Brea Cubit 36 seconds ago