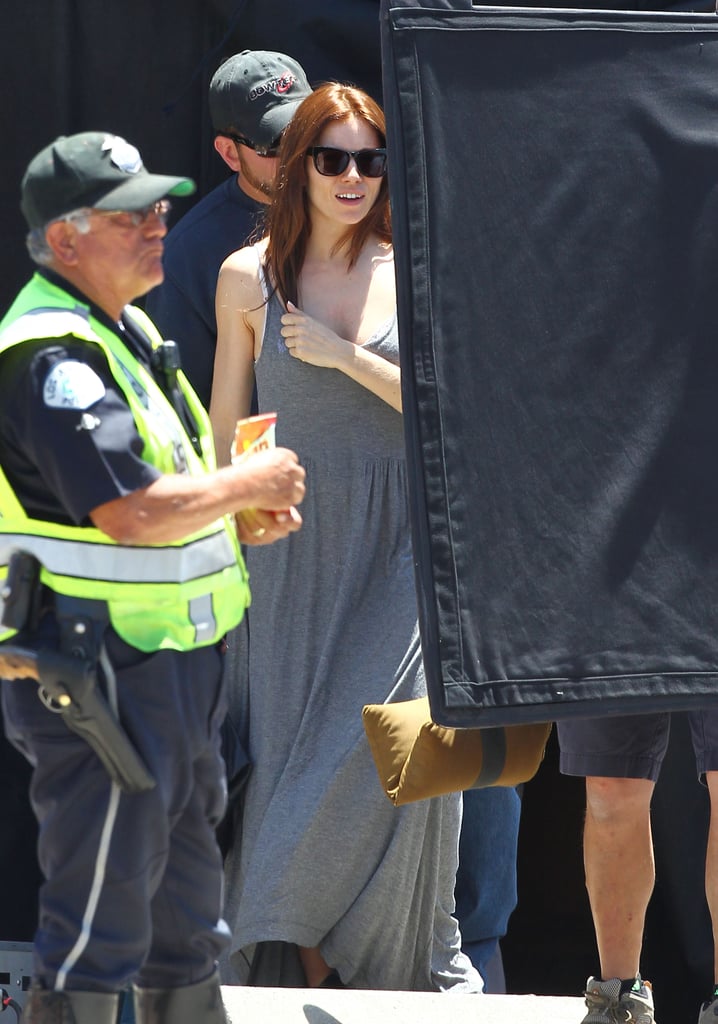 Sienna Miller Makes a Drastic Change For Her New Role

Sienna Miller is best known as a blond bombshell who rarely strays from her golden roots. That's changed for her new role, though. The actress debuted freshly dyed red locks on the set of her new movie, American Sniper, on Tuesday, just weeks after we last caught a glimpse of her signature look at Kate Moss's star-studded Topshop launch. The actress isn't a complete stranger to the fiery shade — in January, Sienna's hair was red during her bikini-filled family vacation.

With her new look front and center, Sienna has been busy filming scenes with her handsome costar Bradley Cooper, who has also experienced a transformation for the movie. Earlier this month, Bradley showed off his new beefy body before he suited up for the Met Gala. Keep reading to see Sienna and Bradley's new snaps!

Previous Next Start Slideshow
Bradley CooperSienna MillerStars On The Set

Disney
Halle Bailey Reflects on Her Little Mermaid Experience as Filming Wraps: "I'm So Grateful"
by Monica Sisavat 2 weeks ago
Harry Styles
We're Not at All Jealous of These Pics of Emma Corrin and Harry Styles Filming My Policeman
by Grayson Gilcrease 5/12
Hulu
Lily James and Sebastian Stan Re-Create Pamela and Tommy's Surprise Wedding in Set Photos
by Kelsie Gibson 6/09