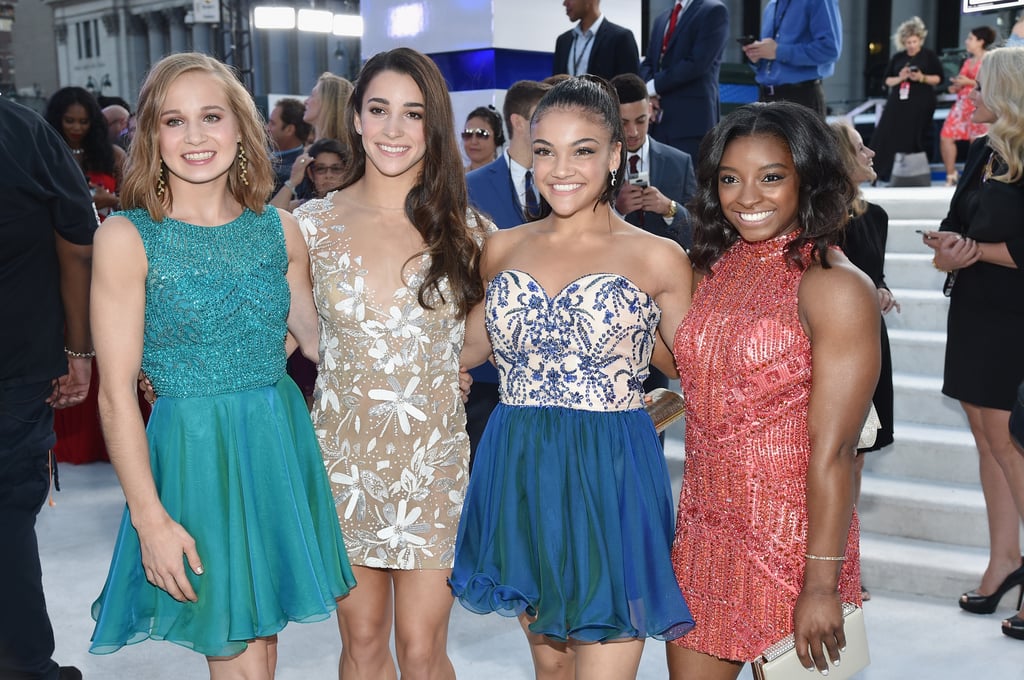 Now that the 2016 Summer Olympics have ended and Laurie Hernandez can relax after her gold medal win in the team event and silver on the balance beam, she showed up ready to party at the MTV Video Music Awards at New York City's Madison Square Garden.

Wearing a strapless beaded silver and navy blue minidress and carrying a silver clutch with a bow detail, Laurie posed for photos with Madison Kocian, Aly Raisman, and Simone Biles. Scroll ahead for more photos of four of Final Five on the carpet.