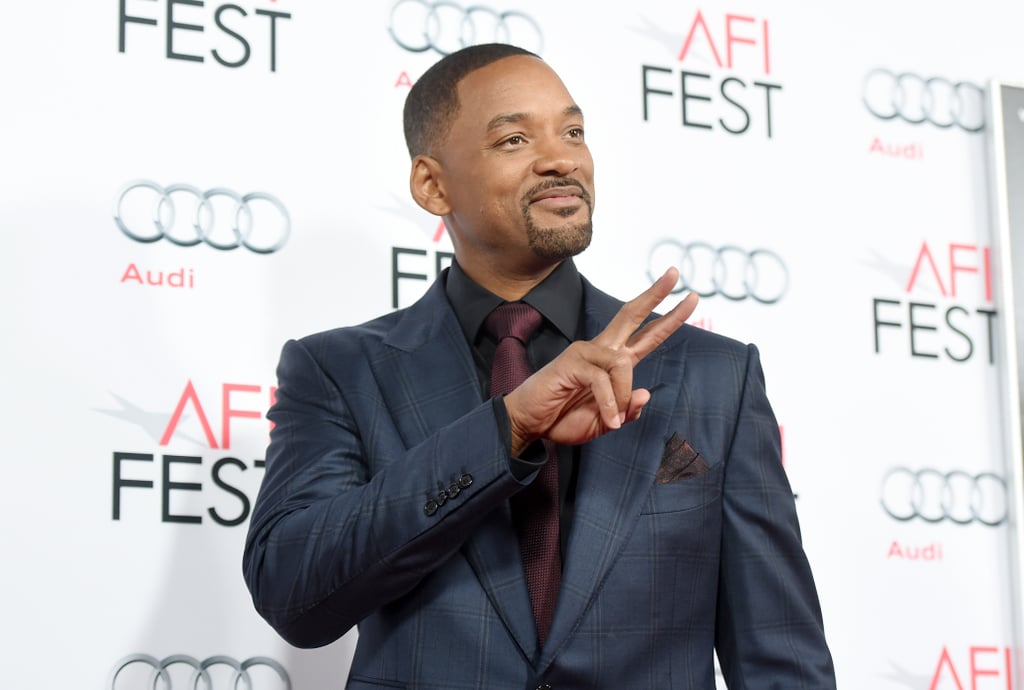 It seems as though Will Smith — much like his lovely wife, Jada — has yet to begin the aging process. The actor hit the red carpet for the premiere of his new film Concussion during AFI Fest in LA on Tuesday, and we couldn't ignore the fact that he looks pretty much exactly the same as when he first won our hearts on The Fresh Prince of Bel-Air over 25 years ago. Will posed for photos with a few of his costars, Mike O'Malley, Paul Reiser, and Albert Brooks, as well as Dr. Bennet Omalu, the forensic neurologist he portrays in the film.

Will made a return to the red carpet at the Hollywood Film Awards last week, where he mingled with other stars like Johnny Depp, Reese Witherspoon, and Jamie Foxx. We'll likely get to see more of him as he gears up to promote Concussion before its release on Christmas Day. Keep reading to see photos from Will's latest youthful outing, then check out 11 reasons he'll always be the Fresh Prince.

Anya Taylor-Joy
Anya Taylor-Joy Is a Goddess Among Mortals In This Shimmering, Sheer Dior Gown
by Hannah Weil McKinley 4 days ago