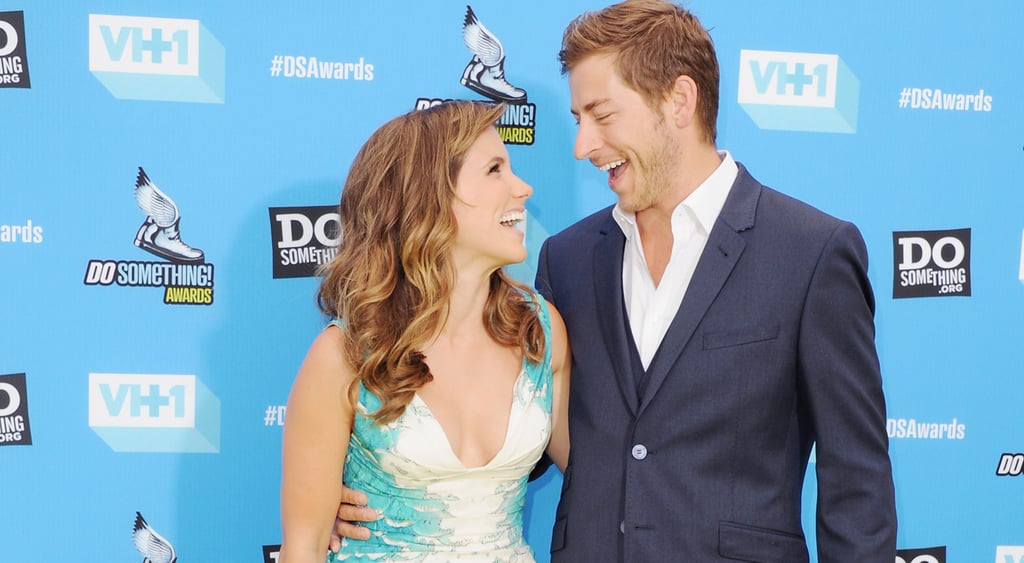 Sophia Bush took to Instagram on Tuesday evening to share a heartbreaking and beautiful story about her late boyfriend, Dan Fredinburg. Dan, who died in a tragic accident on Mount Everest in April, would have celebrated his 34th birthday on Sept. 8. To commemorate the special day, Sophia shared a story of serendipity and cosmic significance from her weekend in the desert with her friends. "What I do know is that I saw you this weekend, deep in the desert, many times," she says. She ends the note telling Dan, "I love you my friend. I'm grateful for every memory." Read the sweet note in its entirety below.

I still don't know what the words are.

I saw a man in spandex & a Viking hat, near the ashes of the wooden man that burned on the playa the night before. I turned to the Minion gals, pointing, & said "hey Viking I see you!" & pulled up to the man to take a photo of the back of his hat, under the giant bird-shaped cloud that had followed us around all day. His friend noticed me & said, "he'll kiss you if you ask him," and I laughed and thanked him, but passed, explaining that I just wanted to take a photo of his hat. The friend said, "Hey Dan, this girl wants to take a pic of your hat!" "Of course your name is Dan," I said, & he turned toward me on his bike, which of course had a Minion toy strapped to the front of it. The girls and I all laughed aloud, got misty eyed, & turned to go, knowing you'd been saying hello.

It happened all weekend. We told stories. We screamed your name to the sky & scribbled it all over the temple & left your photos & prayer flags & glitter everywhere. We screamed "I love you!!" as it burned & a chorus of "I love yous" began echoing among the tens of thousands of people watching, bouncing all over the playa as it had when I once stood watching that structure burn with you & someone else screamed the same thing for someone who had most likely meant to them what you mean to us.

So today, on your birthday, our first #LiveDanDay, I'll say it again. I love you my friend. I'm grateful for every memory. I'm grateful that we had a friendship that defied context, & a connection that defies physical boundaries even now. Your squad reps you hard, dear one. We live bigger because of you. We will keep writing your name in the sand & dancing in the dust to honor it.

To all of you out there who need a little inspiring, take it from Dan. Live big. #LiveDanDay15

Dwyane Wade
Dwyane Wade Shows Off His Fiery Red Hair With Daughter Zaya, and Damn, They Own This Look
by Karenna Meredith 23 hours ago