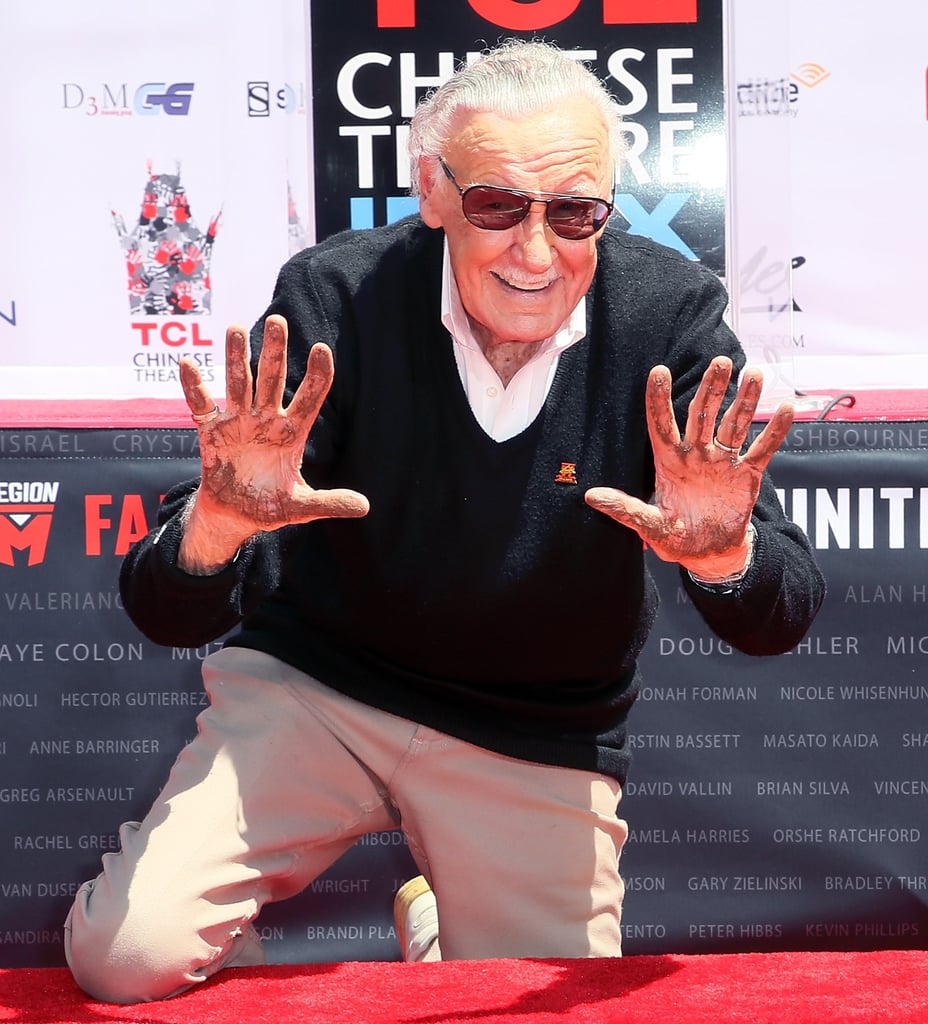 Stan Lee cemented his illustrious career during a hand and footprint ceremony in LA on Tuesday. The comic book legend was joined by director Kevin Smith and Marvel stars Chadwick Boseman, Clark Gregg, and Nichelle Nichols, who starred as Lieutenant Uhura in the original Star Trek movies and TV series. Also on hand for the celebration was Stan's daughter, J.C. Lee. After being welcomed to the stage with kind words from the stars, Stan addressed the crowd with a brief yet heartfelt speech. "I've been the luckiest man in the world because I've had friends and to have the right friends is everything," the 94-year-old said. "All I can say is . . . I thank you from my whole heart! You've made this day, certainly, totally unforgettable. Excelsior!"

Stan also mentioned his late wife, Joan, saying, "I've been lucky to have a wonderful wife. And I'm lucky to be standing here in front of you now wishing desperately that I had written a speech!" The actress and former model passed away on July 6 at the age of 93, and she and Stan would have celebrated their 70th wedding anniversary this year. It's already been a big week for Stan, who was honored with the Disney Legends award during the D23 Expo on Saturday. 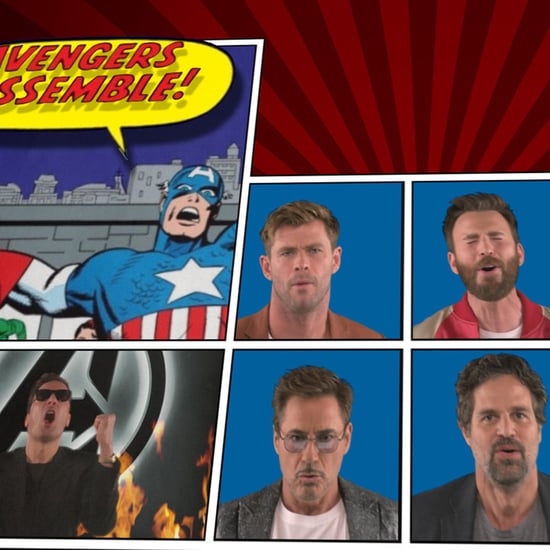 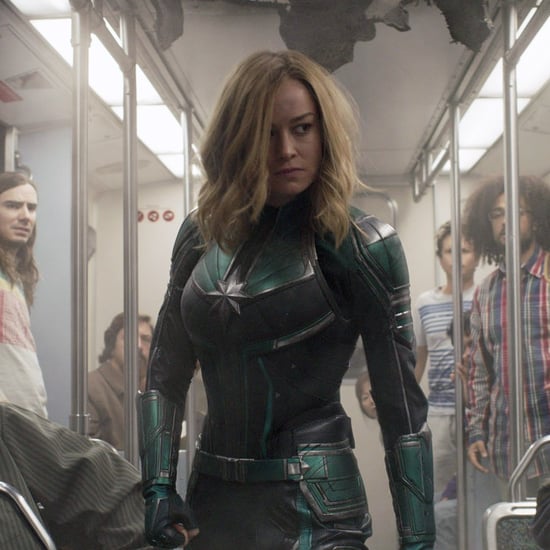 Stan Lee
Bring Tissues to Captain Marvel, Because Its Bittersweet Stan Lee Tributes Will Make You Sob
by Quinn Keaney 3/17/19 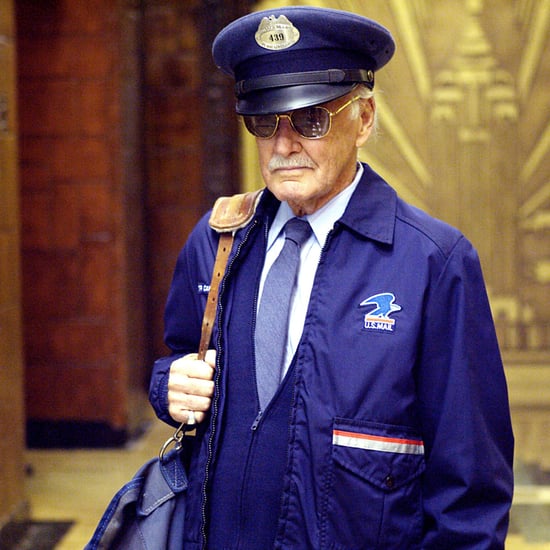