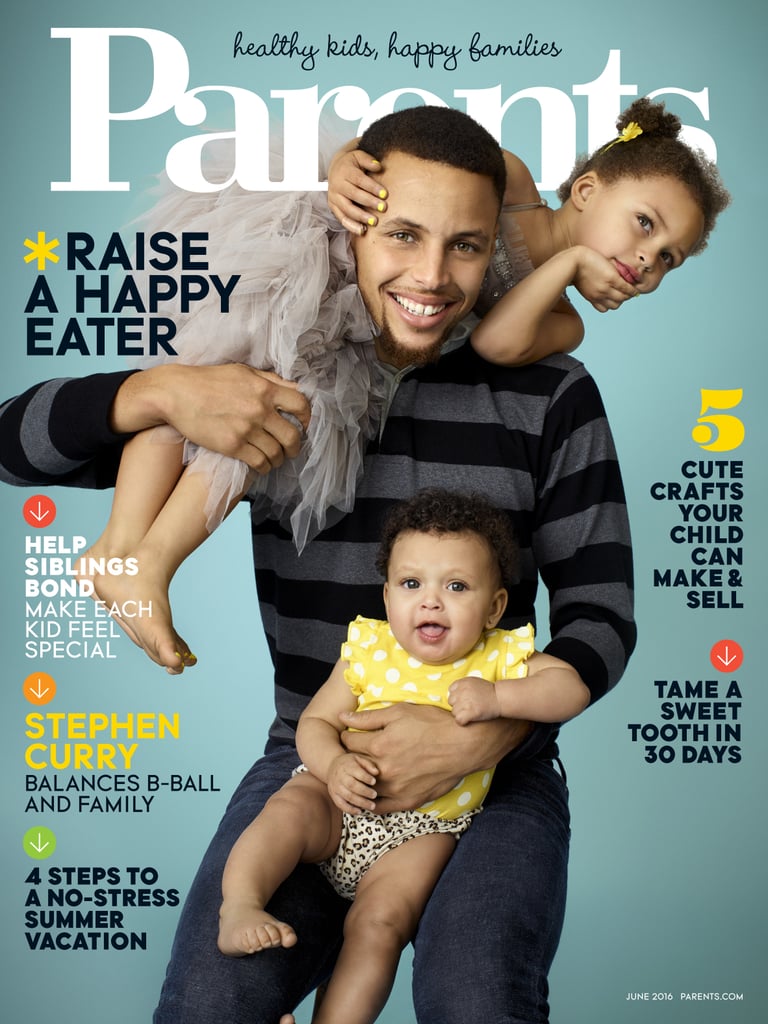 Stephen Curry and his adorable family cover the June issue of Parents magazine, and the Golden State Warriors point guard and NBA MVP is all smiles in the photos alongside his wife, culinary star Ayesha Curry, and their daughters, Riley and Ryan; Riley, who skyrocketed to fame after accompanying her dad to many of his postgame press conferences last year, puts her personality on display while holding a tiny purse and jumping on the couch.

In their interview, Steph and Ayesha open up about their 3-year-old's newfound fame — Steph remarked, "If we go somewhere without her, the first question people ask us is, 'Where's Riley?'" — as well as what it's like to juggle two kids with their busy lifestyle (baby Ryan was born in July 2015). The couple also reveals whether or not they have plans for "a third little Curry." Look through to see the Curry family's cute photo shoot, then see more times that Steph's girls outshone him.