how did i get so lucky to have such a sweet, smart, happy baby. i just couldn’t have dreamt you up, storm. i wish you could stay this little forever and i could protect that contagious smile and laugh of yours. I know you won’t remember much about the first year of your life but i pray that you’ll never forget to keep sharing your joy and laughter with the world. my love grows for you a thousand miles a minute. every day with you is the best day of my life. happy birthday to my angel on earth. 🎈

Kylie Jenner is all about showering baby Stormi Webster with love. That's why, after a lavish vacation for Stormi's first birthday, the celebrations continued back at home. Kylie threw an adorable party for her daughter on Friday, although it didn't go according to the original plan.

Due to the threat of bad weather, Kylie changed up the idea for Stormi's festivities. "We were supposed to have Stormi's birthday this weekend," Kylie said in her Instagram Story. "It's not happening because it was supposed to rain and it's not raining anymore, and it didn't ended up raining, but it's alright, better safe than sorry. We have all her cousins here, everybody who loves her."

The new party was rainbow-themed, down to the multicolored sprinkle cake. What else do you look for on a Stormi day? Both Kylie and her boyfriend, Travis Scott, shared messages of love for their little one and never-before-seen photos, including the ones above. Keep reading to see a few snaps from Stormi's celebration. 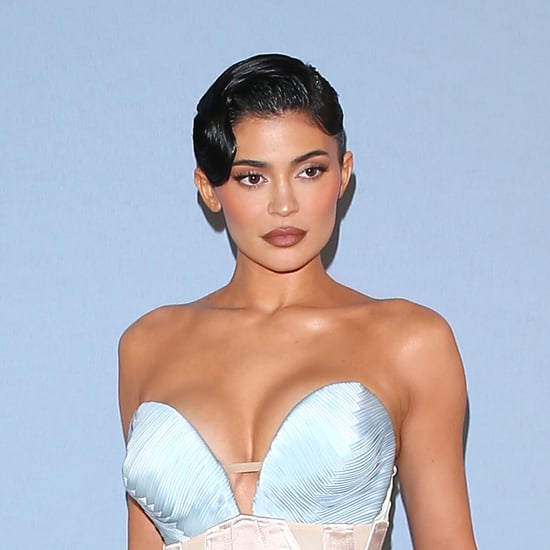