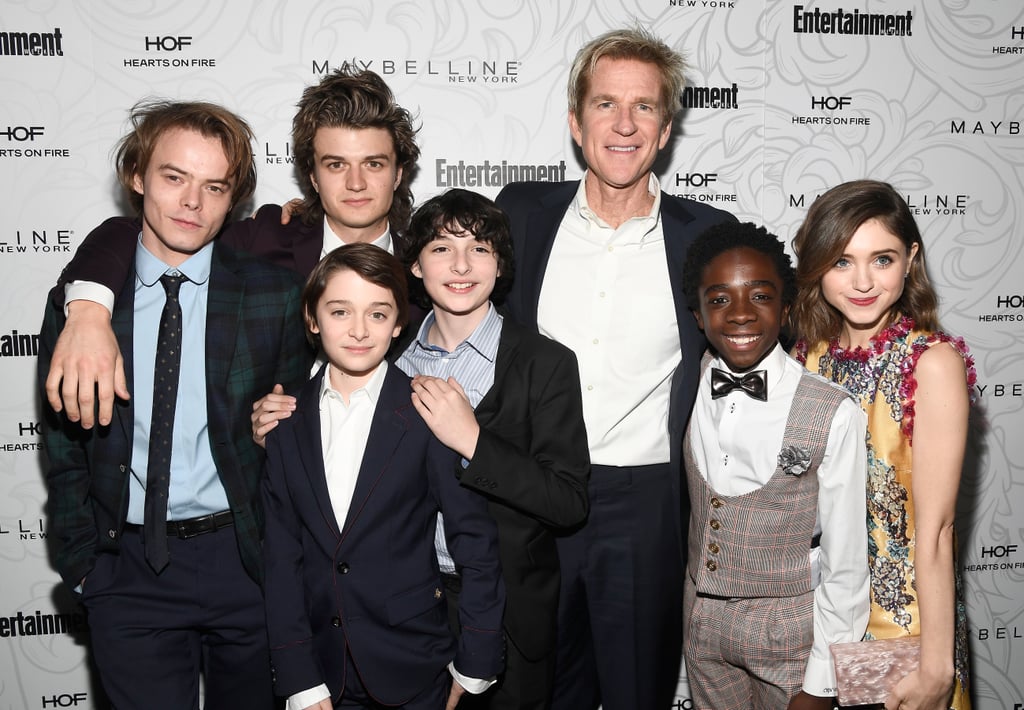 The cast of Stranger Things geared up for their big night at the SAG Awards at Entertainment Weekly's pre-party on Saturday night. Charlie Heaton, Joe Keery, Noah Schnapp, Finn Wolfhard, Matthew Modine, Caleb McLaughlin, and Natalia Dyer all posed for pictures at the bash, which also brought out Pretty Little Liars star Troian Bellisario and husband Patrick J. Adams. The SAG Awards are this Sunday, and the Netflix show is nominated for outstanding performance by an ensemble in a drama series, and Millie Bobby Brown and Winona Ryder are both up for outstanding performance by a female actor in a drama series. We're keeping our fingers crossed that they strike gold tonight!