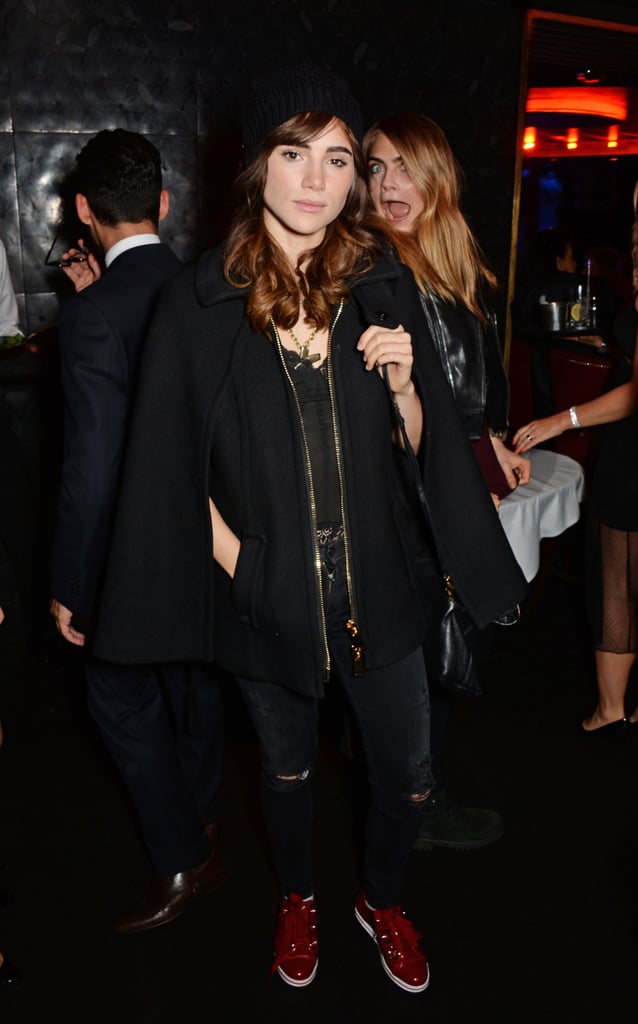 Suki Waterhouse debuted a new brunette hairstyle on Saturday when she joined friend Cara Delevingne at a concert in London. The two models hit up the Dover Street Arts Club to watch Lauryn Hill perform, but Suki's new brown locks were the real star of the show. The change is a recent one, as Suki was spotted with her trademark blond look just last Tuesday when she attended a fashion event in London. It's unclear if Suki's new 'do is for a modeling campaign or a new film role, but she did thank her hairdressers Jack Howard and Stephen Low when she shared a snap of her new look on Sunday morning. Hopefully the supermodel's boyfriend, Bradley Cooper, is a fan of the new look, as he's used to changing his own style while working on various film roles. Either way, the pair looked very happy when they joined Sienna Miller and Tom Sturridge on a double date in London earlier this month.

Simone Biles
This Picture of Simone Biles's Red, White, and Blue Floor-Length Braid Deserves to Be Framed
by Jessica Harrington 3 days ago

Beauty News
Tia Mowry's Famous Friends Are Swooning Over Her New Blond Hair and Bangs, and So Are We
by Victoria Messina 5 days ago

Annie Murphy
Annie Murphy Just Joined the Curtain-Bangs Club, and We Love That Journey For Her
by Victoria Messina 1 week ago