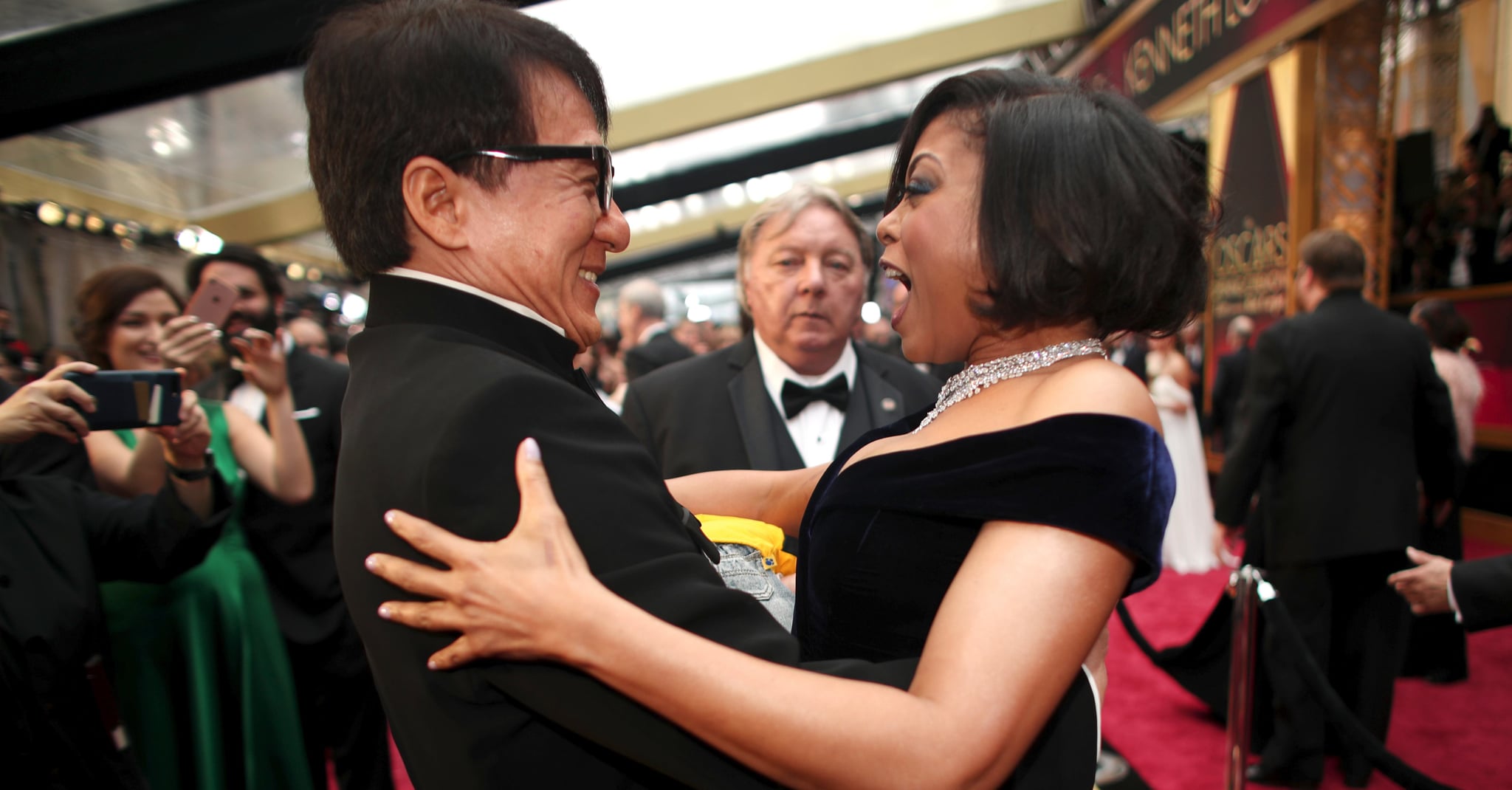 While you were ogling all of the gorgeous dresses on the Oscars red carpet on Sunday, you might have missed this adorably sweet moment between the gorgeous Taraji P. Henson and her former costar Jackie Chan. The actors starred together in the 2010 martial arts film The Karate Kid, a remake of the 1984 original. Jackie spotted Taraji, who was there with her Hidden Figures costars, as she strutted her way on the red carpet and immediately swooped in for a hug. Taraji, who was visibly shocked and excited, shouted, "Oh my God, it's so good to see you!" Watch their epic reunion ahead.