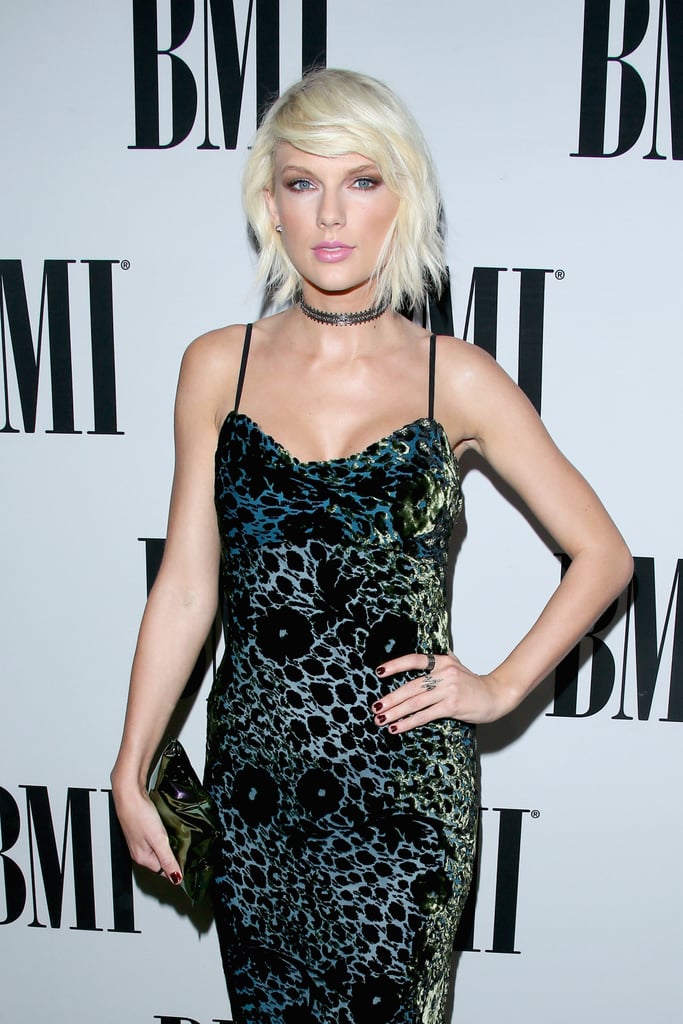 Another day, another flawless appearance by Taylor Swift. On Tuesday, the "Bad Blood" singer popped up at the BMI Pop Awards in Beverly Hills, where she received the first-ever Taylor Swift award for her influence in the music world. Clad in a sexy low-cut dress complete with a choker, the star did not disappoint as she continued to rock her new sexy, edgy look, which we most recently caught a glimpse of at the Met Gala earlier this month. Keep reading to see more of Taylor's night out, and then check out the epic dance-off between her and Tom Hiddleston you didn't see at the Met Gala.