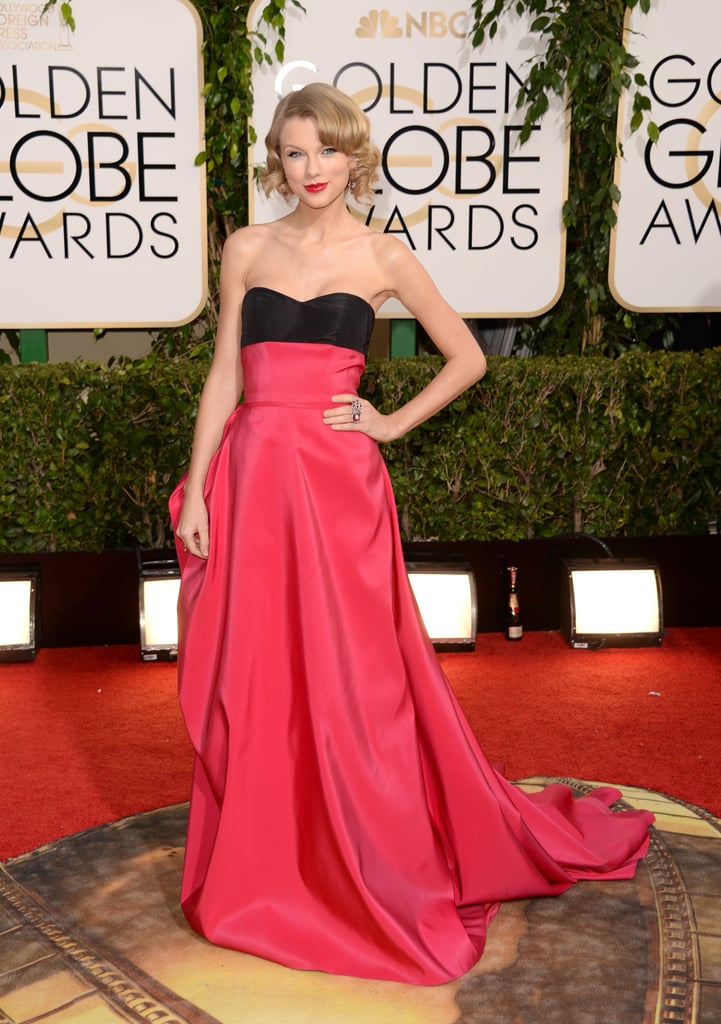 Taylor Swift took a big departure from her usual, sparkly look and wore Carolina Herrera at the 2014 Golden Globe Awards in LA on Sunday. The singer was nominated for best original song for "Stranger Than Fiction," though she didn't win in her category tonight. Taylor also has quite a history with the Globes and tonight's hosts, Tina Fey and Amy Poehler. Last year, when the funny ladies hosted the show for the first time, Taylor made headlines when she slammed the comedians for making a light-hearted joke at her expense about her hitting on Michael J. Fox's son. Amy and Tina never apologized for Taylor's joke, and the singer never brought up the diss after her initial comment.

Be sure to vote for your favorite Golden Globes fashion and beauty moments in our polls!

TikTok
All the Evidence Behind a Taylor Swift-Jonas Brothers Collab, Including Some Mysterious Pizza Emoji
by Olivia Luppino 3 days ago