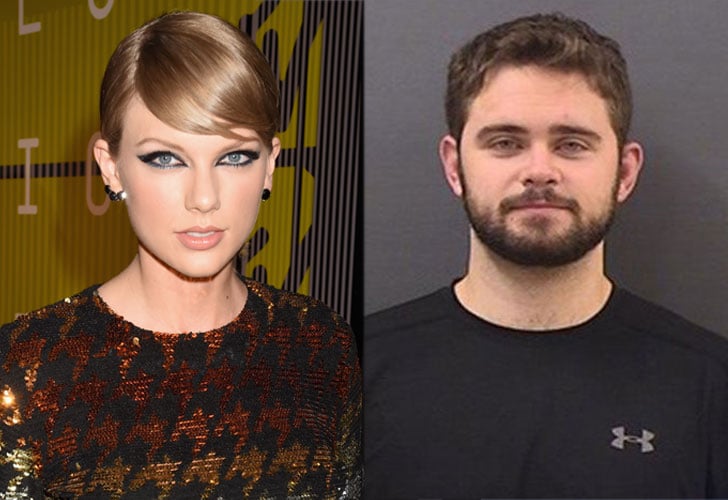 Andrew Hardwick, the man who inspired one of Taylor Swift's first hit songs about unrequited love, was arrested for child abuse in Hendersonville, TN, on Saturday. A 3-year-old girl in the care of Andrew — along with his wife, Joni, and Christopher Hardwick, whose relation to the couple is unclear — was badly injured with "severe bruising and lacerations" on her head and a concussion, and had to be airlifted to a nearby children's hospital. Another little girl, age 5, was also struck in the face by Andrew but did not need medical attention. Joni told police that both victims were upstairs with Andrew when it happened, and police noted that Andrew and Christopher were heavily intoxicated when they arrived to the Hardwick's residence. He was released from the Sumner county Jail on $100,000 bond on Monday and is scheduled to appear in court in February 2016.

Taylor has openly admitted that she wrote the song "Teardrops on My Guitar" about Andrew, whom she calls "Drew" in the tune. He was her high school crush and ignored her existence, but two years after the song raced up the charts, he showed up to her house to reconnect with the singer. "He was like: 'Hey, how's it going?'" Taylor revealed. "And I'm like: 'Wow, you're late? Good to see you?'" Listen to the song that Drew inspired below.