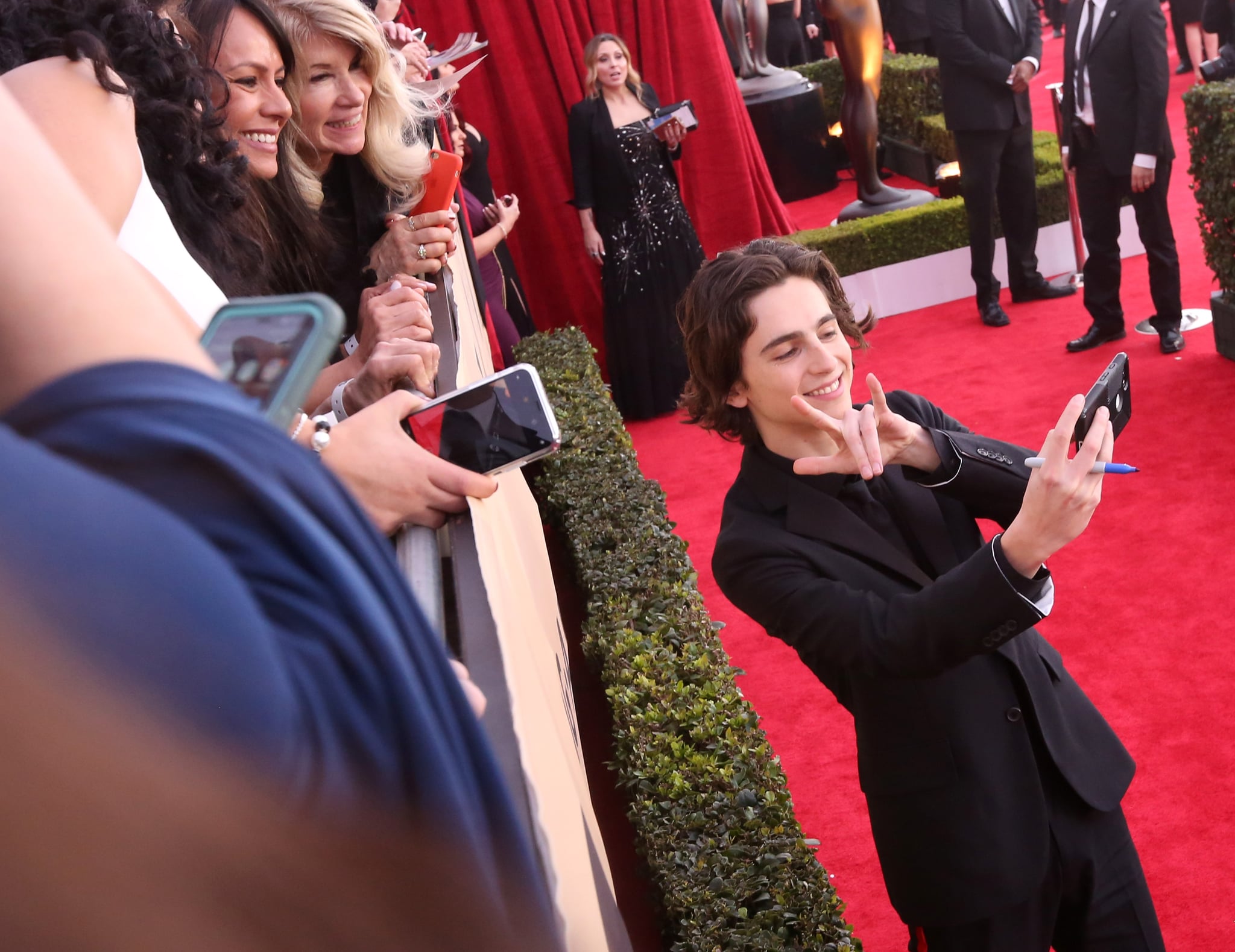 Despite not yet winning any awards for his powerful performance in Call Me By Your Name, Timothée Chalamet is generally winning the award show circuit. The 22-year-old actor recently attended the Screen Actors Guild Awards with his mom and, during a red carpet interview, passionately explained his love for Mary J. Blige, Cardi B, and the Bronx.

"They're both New Yorkers. They're both from the Bronx. My grandparents are from the Bronx, I lived in the Bronx, and the music is lit and it's what I was listening to on the way here," Timothée told Access Hollywood. When asked what his favorite Cardi song was, Timothée said, "It's gotta be 'Bodak Yellow,' but 'Bartier Cardi' just came out which is fantastic." The up-and-coming actor then began riffing some of the lyrics with his mom acting as his hype man alongside him.

.@RealChalamet is a TRUE @iamcardib stan! Yeah, he just rapped #BartierCardi with his momma and SLAYED IT. 😂 pic.twitter.com/XOiGYZyyir

The too-pure moment won over viewers and even garnered its own Twitter moment. This isn't the first time, however, that Timothée has praised the rapper. After winning the Gotham Award for Breakthrough Actor in November, Timothée thanked a list of New York artists who have inspired him — Cardi included, of course.