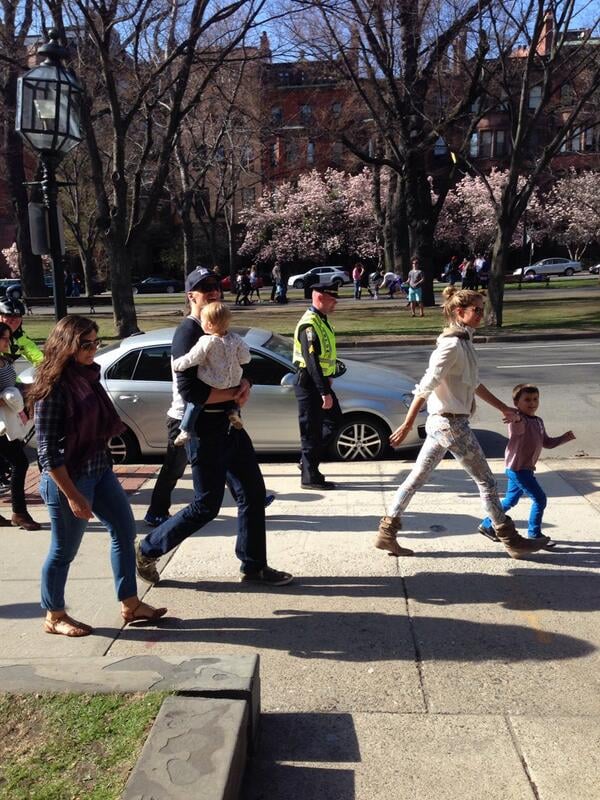 It was a special day for Boston on Monday, as almost 36,000 runners gathered to run the Boston Marathon, just one year after a tragic bombing during the event. Thousands of people, some carrying motivational signs, came out to support the runners, and among them were a few stars. Tom Brady and Gisele Bündchen brought their kids, Ben and Vivan, to the race route, where they chatted with and congratulated runners and finishers. They were also there to cheer for Tom's sister Nancy, who ran in support of the McCourt Foundation. Gisele shared a message on her Instagram account earlier in the day writing, "Good luck to all the marathon runners! #BostonMarathon #Bestrong #GoNancy."