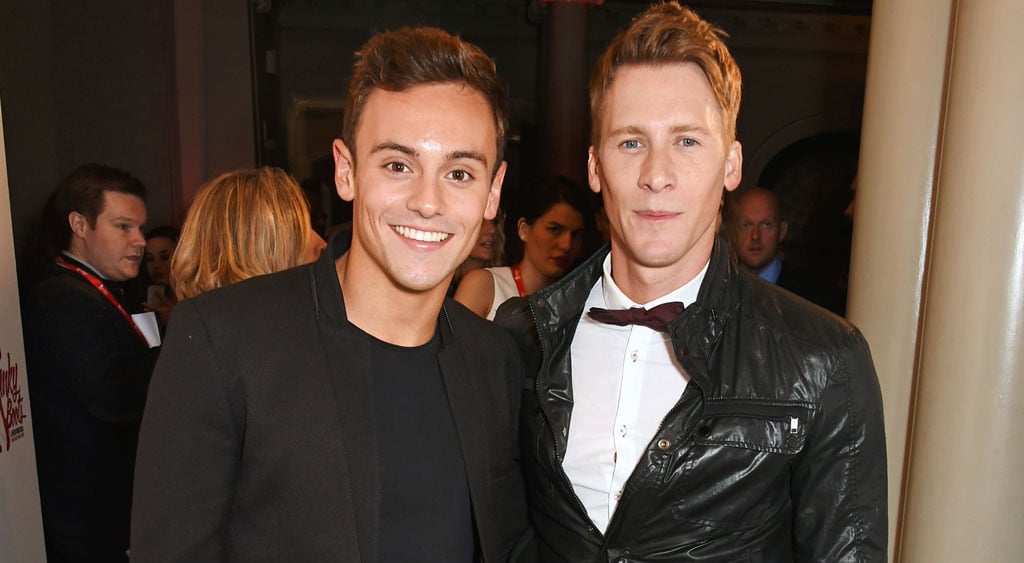 Tom Daley and his longtime boyfriend, Dustin Lance Black, are getting married! The insanely hot British Olympic dive champion announced the happy news in the Times of London newspaper. The notice reads: "The engagement is announced between Tom, son of Robert and Debra Daley of Plymouth, and Lance, son of Jeff Bisch of Philadelphia and Anne Bisch of Lake Providence." Tom and Lance, an American screenwriter, began dating in the Summer of 2013, shortly before Tom came out as bisexual on his YouTube page. "My life changed massively when I met someone, and they make me feel so happy, so safe, and everything just feels great," he said in the video. "That someone is a guy. It did take me by surprise a little bit." Congrats to the happy couple!

Celebrity Couples
Are the "Freeridge" Cast Single or Taken? Here's What We Know
by Jessica Vacco-Bolanos 1 hour ago

by Jenny Sugar 24 minutes ago