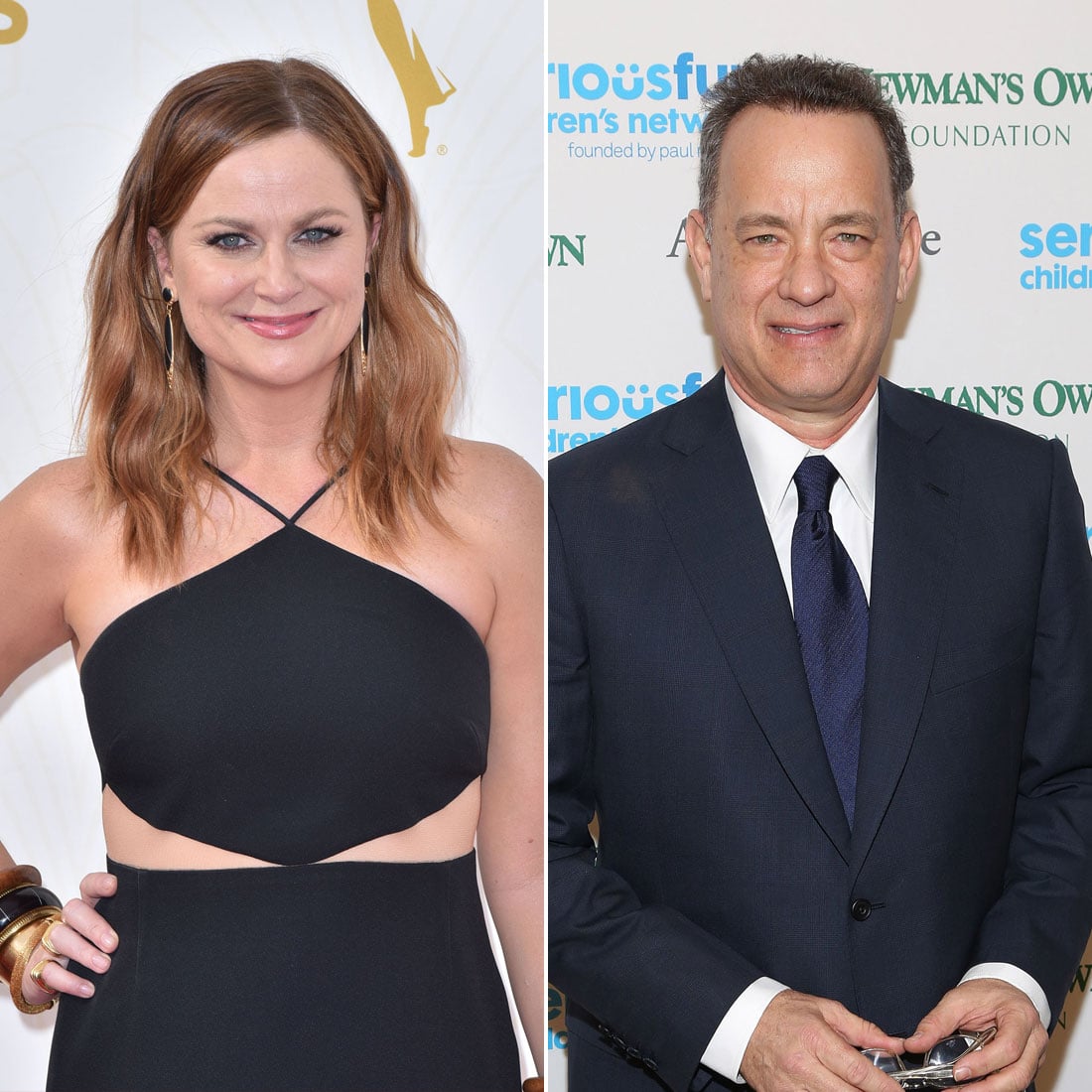 Tom Hanks recently dropped a major bombshell when he was interacting with his fans during a fun Tumblr Q&A with Entertainment Weekly. After talking about things like working with Carly Rae Jepsen and the possibility of a Forrest Gump 2, one anonymous user brought up the 2014 Golden Globe Awards when host Amy Poehler mispronounced his name on purpose. "Congratulations to all the wonderful actors nominated tonight," Amy said during her monologue with Tina Fey. "From the amazing Chiwetel Ejiofor to the stunning Lupita Nyong'o to American treasure Tam Honks. Damn it, I knew I was going to screw that up."

When asked if he was mad by the minor jab, Tom joked that his and Amy's past is actually way more complicated than anyone knew . . . sort of. "I haven't spoken to Amy since we broke up in the '80s," he said. "We shared a small apartment in Eagle Rock for about six months. Before I met Rita, of course. Amy didn't like my dog, and she stole some of my good records when she moved out (without so much as a goodbye). I'm happy for her success, but would not walk across the street to say hello to May Epolher, as I know her." Before signing off, Tom left Amy a message, saying, "So long, and Amy, you owe me Running on Empty by Jackson Browne and The Who Live at Leeds." While we wish Tom's story was true (Amy was still in high school when he married Rita), you can still obsess over these 66 other celebrity couples who you definitely forgot dated.