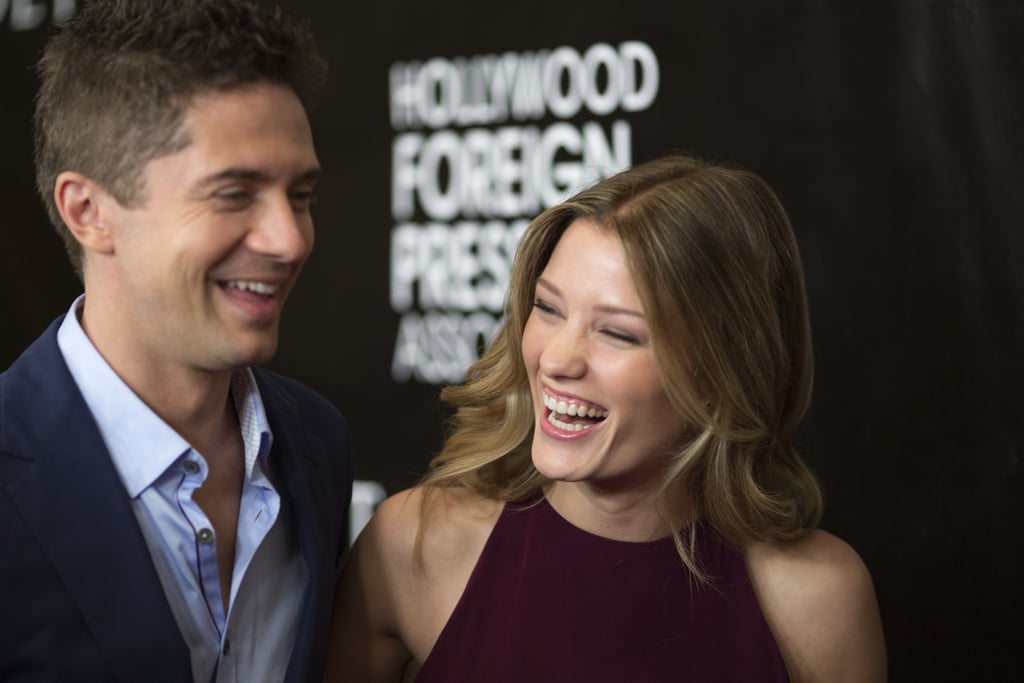 Topher Grace and Ashley Hinshaw cracked each other up when they hit the red carpet together at the Hollywood Foreign Press Association's Grants Banquet in LA on Thursday. Topher had his arm around his fiancée as they posed for pictures, at one point flashing a big grin while she laughed. Since Topher proposed to Ashley in January, the pair has been busy with work. Ashley appeared on the small screen as Lacey in True Detective, which just wrapped its second season, and Topher stars in the upcoming movie American Ultra with Kristen Stewart and Jesse Eisenberg. Keep reading for all their cutest moments on the red carpet!