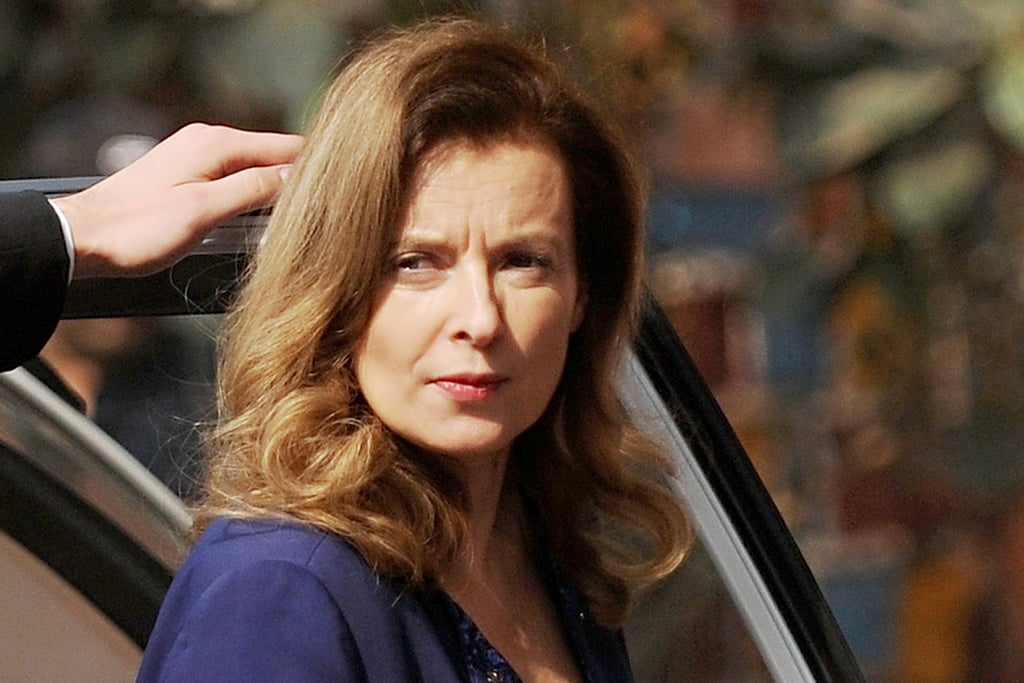 "I make it known that I have put an end to the relationship," French President Francois Hollande said in a statement last weekend, noting the end of his long-term relationship with acting First Lady Valérie Trierweiler. He became the second French president to leave the woman he came into office with. Carla Bruni-Sarkozy was technically the second first lady under Nicolas Sarkozy, since he was married to his second wife, ‪Cécilia Sarkozy (now Attias), when he was elected‬. This time, Hollande ended his relationship with Valérie after news broke that the president was having an affair with much younger actress Julie Gayet.

Although she and the deeply unpopular president were not officially married, Valérie had been acting in an official capacity as first lady. This week, while in India on a humanitarian mission, she addressed the media, saying, "I've got time to reflect. I've still got a few more years to live," and said she plans to continue her charity work. Valérie had brought a different outlook to the Élysée Palace. At 48, she's a working journalist, graduate of the Sorbonne, and mother to three teenage sons from a previous relationship. And — most unconventionally — she was the unmarried companion of the president. She's written about politics since 1989 but moved to arts and culture in 2012 after Hollande began campaigning.

Valérie had also made headlines for speaking up for women's rights. She once slapped another journalist after he made a sexist comment, and after her employer, Paris Match, published a photo of her on its cover, calling her Francois Hollande's "charm asset," she tweeted, "Bravo Paris Match for its sexism on international women's day. Thoughts to all angry women." If you feel like freshening up your French, you can follow Trierweiler on Twitter: @valtrier. But alas, it wasn't meant to last. Say au revoir to Valérie's short-lived yet glamorous tenure as first lady now.