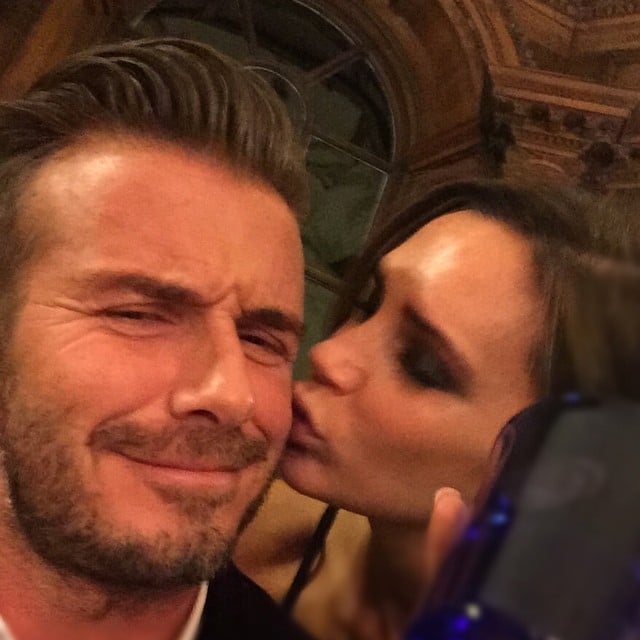 David Beckham had the support of his wife Victoria on Saturday when he launched Haig Club, his new Scotch whiskey. As Victoria showed in her Twitter and Instagram pictures, she doted on David during their night out in Scotland, showering him with sweet PDA. At one point, the fashion designer cozied up to the former soccer player and planted a kiss on his cheek. "What a fun night!! Congratulations David, I'm so proud x vb #HaigClub," she captioned another snap.

The sweet moments come after the pair's fun and exciting Summer, during which David showed his support for Victoria at her New York Fashion Week show. The actor sat in the front row next to their eldest son, Brooklyn, and Anna Wintour while checking out Victoria's Spring 2015 designs. The family's activities were far less glamorous in August, when the Beckhams got in on the Ice Bucket Challenge phenomenon with lots of splashes.

Celebrity Couples
Matt Damon Is Ready For a Ben Affleck and Jennifer Lopez Reunion: "I Hope It's True"
by Grayson Gilcrease 4 hours ago