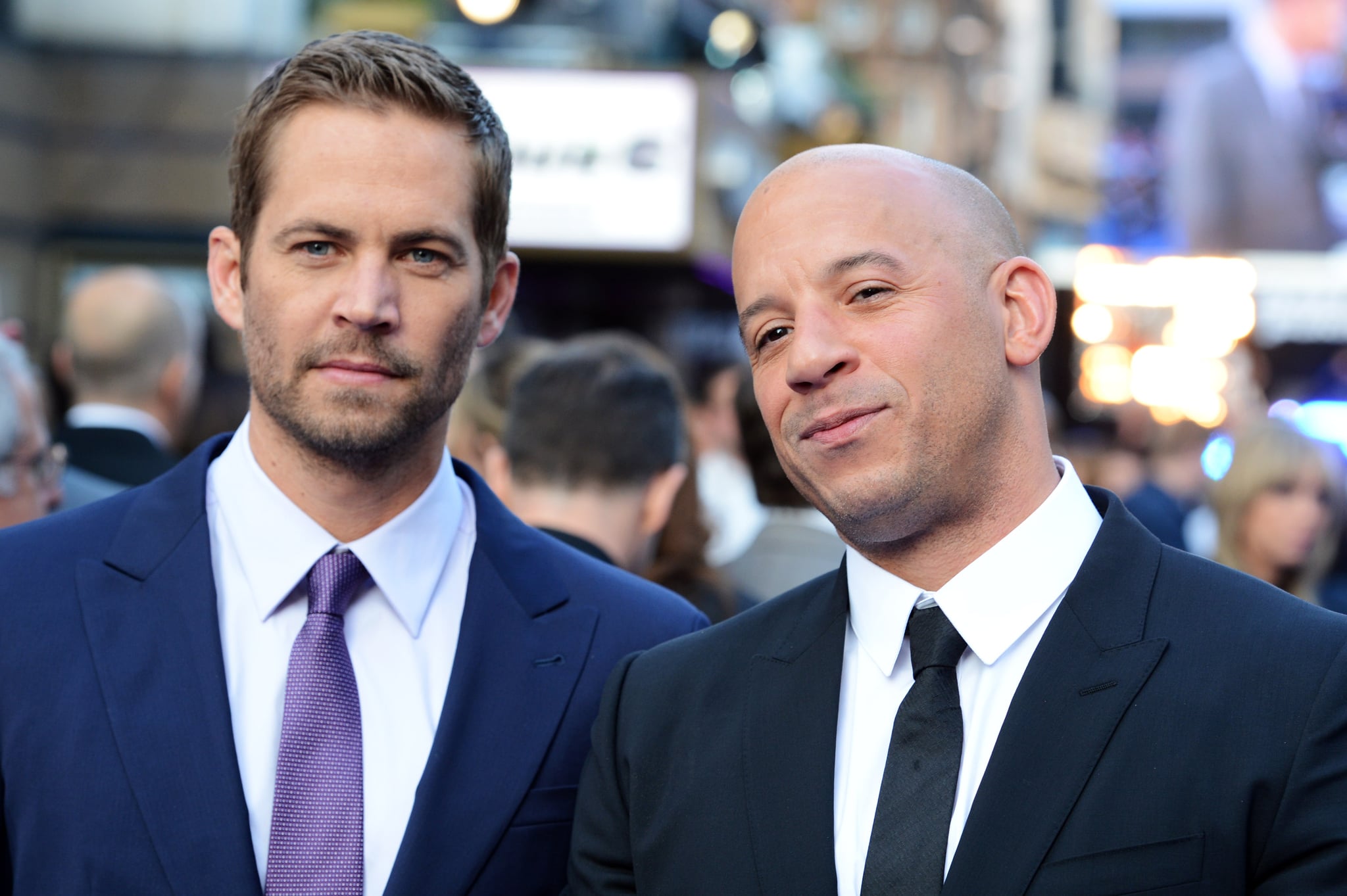 Paul Walker died in a tragic car accident in 2013, and ever since, his Fast and Furious costars have continued to speak out about how much he meant to them. Over the years, Vin Diesel, who was incredibly close with Paul, has been very candid about how his friend's death affected him and opened up about the loss on the anniversary of Paul's car accident on Thursday at Brazil Comic-Con. "We've felt the loss," he said during an interview with Entertainment Tonight at the event. "The last three years have been some of the hardest of my life because of losing my brother like that."

The 49-year-old actor is in the midst of filming Fast 8, but it's his new movie, xXx: Return of Xander Cage, that he credits with distracting him from getting upset. "Making this movie came after a very difficult time making Furious 7, and so never in my life did I need to do a movie where I could laugh and smile and enjoy myself more than right now, more than the time I made this movie," he said. "The irony is, right after doing this, of course, I went to do Fast 8, and Fast 8 was a very dark place and the darkest place Dom's ever been."

Despite the dark vibe on set, Vin notes that being back with the cast was therapeutic. "I'd been to Brazil two times before and both times that I've been here, I've always been with my brother, Pablo," he said, using his nickname for Paul. "Even if I talked on ET in Brazil or any talk show, any press or while we were filming in the favelas, it was Pablo and me. It was a lot of tissues and it was a hard morning for me yesterday because I was here. But the irony is the whole cast reached out and his daughter, Meadow, reached out and all that stuff helps you get through it."

Dan Levy
Dan Levy Urges the Golden Globes to Do Better: "Inclusion Can Bring About Growth and Love"
by Monica Sisavat 1 day ago