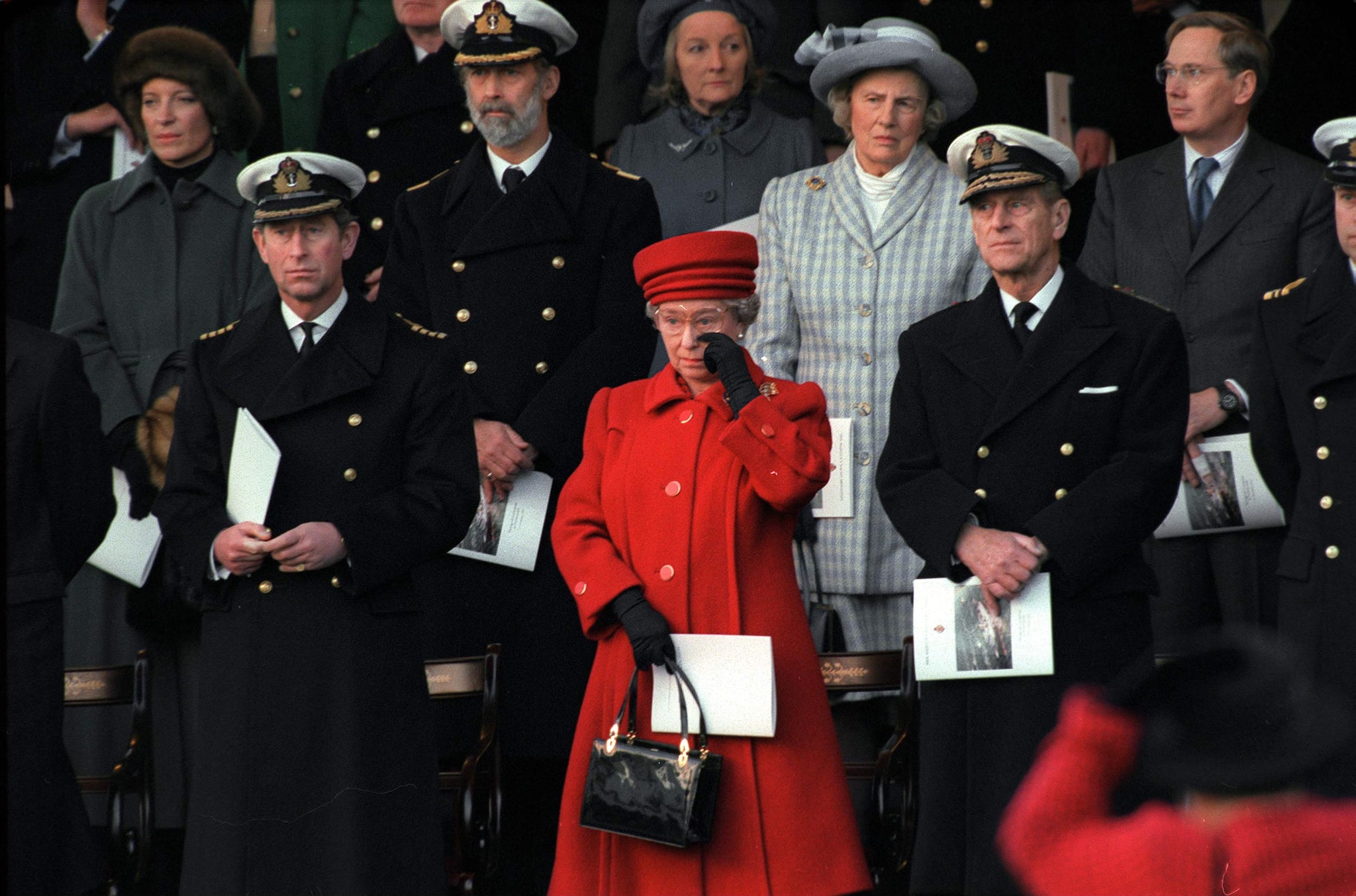 It was said that when Queen Elizabeth II's royal yacht, the Britannia, was decommissioned in 1997, she cried. It was a remarkable and rare show of emotion from the legendarily stoic queen, giving the public a brief glimpse into her private family life with husband Prince Philip. The public tear was also a testament to her love for what became known as the royals' country home at sea.

When Elizabeth and Philip married in 1947, they didn't move into a new family home. In fact, they've never had the opportunity to build and furnish their very own space; over the past almost 70 years, they've moved from one inherited home — er, castle — to another. Yes, it's nearly impossible to feel sympathy for two royals with multiple estates. But the background of their housing situation proves why it was so meaningful when Elizabeth and Philip had the opportunity to create their first family home, in the form of a yacht, in the early 1950s.

Elizabeth and Philip oversaw the design and decoration of the Britannia when it was agreed that her parents' boat, the Victoria & Albert, was no longer seaworthy. Philip, who has always had a keen interest in design, took over what ended up being a lavish boat with a relatively frugal interior design scheme. Over the years, the royal yacht became scene to family trips with their kids, Charles, Anne, Andrew, and Edward, as well as a multitude of state functions. Charles and Diana took their honeymoon aboard the yacht, and in time, the queen's many grandchildren grew to appreciate their own holidays on Britannia. Prince Philip, a former naval man himself, is said to have overseen games, hijinks, and drink parties on the boat's formidable deck.

Since the Royal Yacht Britannia was decommissioned, the vessel has been moored in Edinburgh, Scotland, where it still sits today as a major tourist attraction in the seaside neighborhood of Leith. During a recent press tour of the United Kingdom with Visit Britain, POPSUGAR was able to visit the yacht and see the remarkably well-preserved boat. It provided a fascinating look into what life was really like for the queen and her family as they traveled the world in style, racking up a reported one million miles at sea.

There were Philip and Elizabeth's sparse bedrooms, with the single beds they once occupied. (Apparently, it has been the custom for couples of their status and age to always have separate rooms.) Displaying the royals' very relatable frugality, Elizabeth's bed linens were hand-me-downs. Practically every room has a small bar, where the royals either served themselves or had help to make their favorite drinks, like a gin and Dubonnet for her majesty. There's also the queen's office, or sitting room, where she tended to her work and made her way through her "red boxes," sent by the government and full of official correspondence and updates, daily. All the art is bolted onto the walls, for safety.

The largest and grandest room on the ship is the living room, which has an electronic fireplace — naval rules prohibited a real fire — and floral furniture that could be found in any grandparents' sitting room. Remarkably, nothing about Britannia's interiors seemed overly stuffy or grand.

It's easy — and great fun — to imagine how the royal family spent their time on Britannia. The queen and her family are known for loving to keep the press at an arm's length and to retreat as often as possible from the public eye. The royal yacht offered the queen, her husband, and their extended family a chance to literally get away from it all.

Sadly, the good times came to an end when funding for the yacht was cut by the 1990s Labour government, who were under financial pressure.

In 2011, a number of royals did, however, return to the boat. It was the venue for a prewedding party held the night before the queen's granddaughter Zara Phillips married rugby player Mike Tindall. Prince William and his wife of three months at the time, Kate Middleton, were photographed leaving the event, along with Princes Harry and Edward. One person who did not attend? That would be the queen. Neither she nor Prince Philip has ever been back to Britannia. And given all the good times they'd had on their ship, it's understandable why the queen had to wipe away that mythical tear.