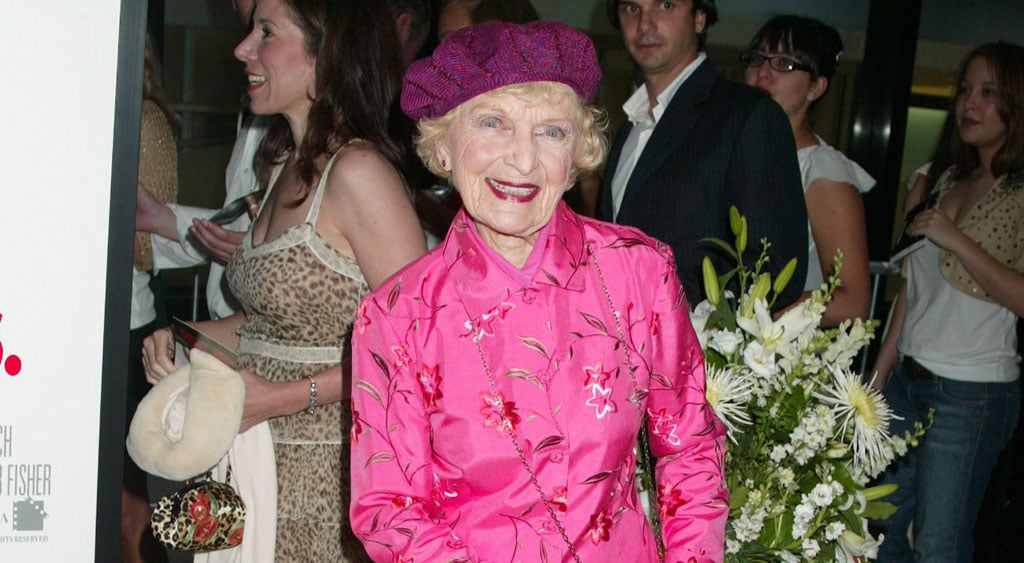 Ellen Albertini Dow, the actress best known for her role as the rapping granny in 1998's The Wedding Singer, passed away on Monday at the age of 101, her agent confirmed to Deadline. Ellen's hilarious rendition of "Rapper's Delight" was featured on the movie's soundtrack, made the Billboard Top 5, and went double platinum. But while she seemed like a seasoned pro, Ellen actually didn't start acting until the 1980s, when she was in her 70s. Despite her late start, she experienced an expansive career that included roles in The Twilight Zone, Star Trek: The Next Generation, The Wonder Girls, The Golden Girls, Wedding Crashers, and Sister Act. Ellen most recently voiced a character on Family Guy and was last seen on screen in 2013 in New Girl. Watch a clip from her memorable performance of the Sugarhill Gang song below.

News
Should You Join the Black Lives Matter Protests If You're Undocumented?
by Maria G. Valdez 7 hours ago