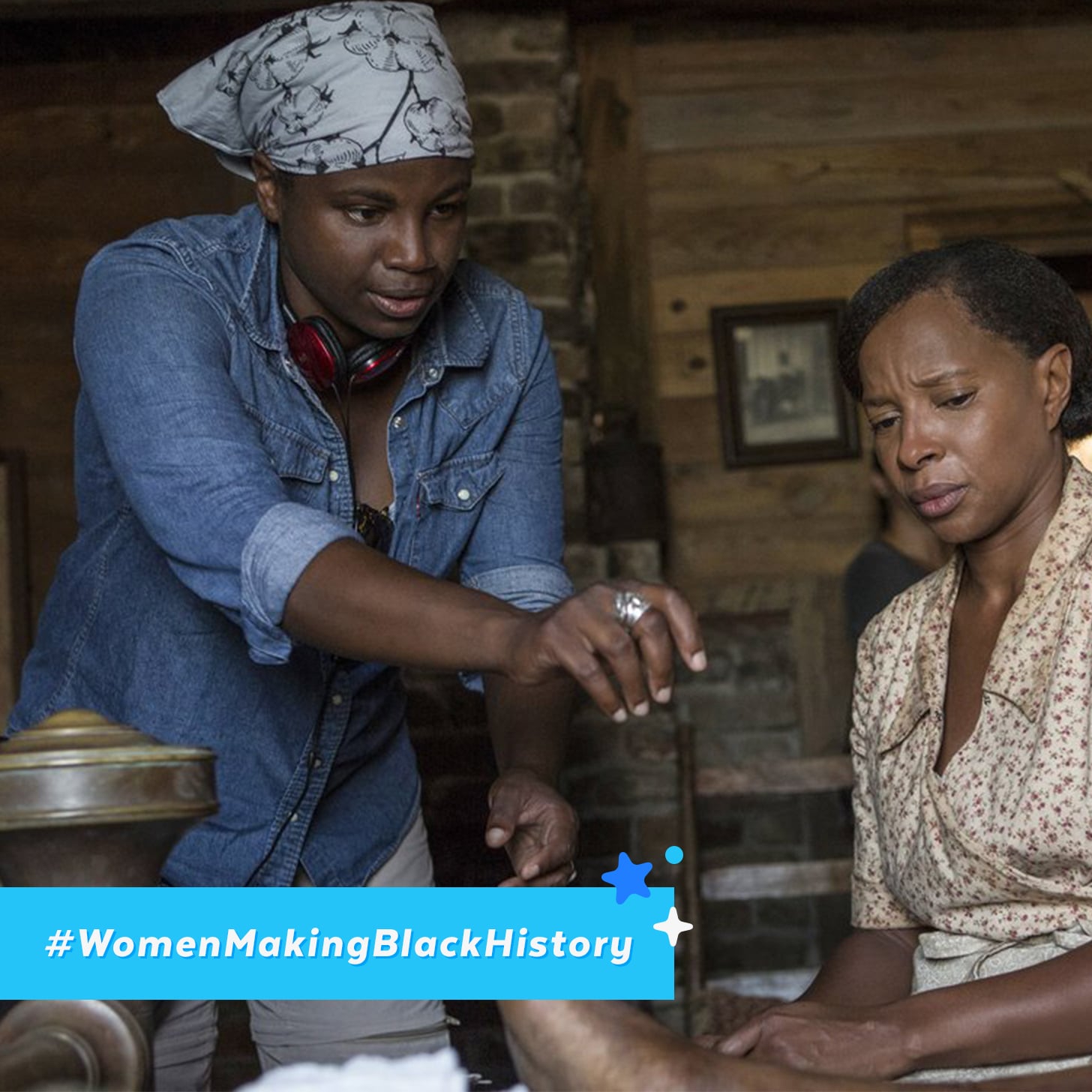 In the early 2000s, if you would have asked Dee Rees where she saw her career going in 2018, she likely would have told you her detailed plans to climb the corporate ladder as a marketing executive in the pharmaceutical industry. Until a few years ago, the Nashville-born MBA-turned-filmmaker was doing just that — before a visit to the set of a TV commercial changed her career path, and cinematic history, forever.

The last seven years have seen Rees go from a Hollywood unknown to one of the most exciting filmmakers working today, with her three films — 2011's semiautobiographical indie Pariah, 2015's Emmy-winning HBO film Bessie, and the 2017 Oscar-nominated Netflix drama Mudbound — earning the 40-year-old director-screenwriter well-deserved attention and critical praise. While Rees didn't receive a best directing Oscar nomination for Mudbound, her leadership on the film helped the movie score four nominations including a best supporting actress nod for Mary J. Blige, a best adapted screenplay nomination for Rees and collaborator Virgil Williams, and a best cinematography nod for Rachel Morrison, making Morrison the first woman in history to be recognized in the category.

Storytelling was an essential part of Rees's Southern upbringing, but she didn't always see it as a viable career option. Early on, she knew how valuable her family's collection of quilts and photographs of enslaved ancestors were to understanding her history, instilling in her a sense of agency and a responsibility to preserve her family's narrative. Her grandmother, a professional stenographer, worked in the segregated South when such jobs were rarely available to African Americans, and her accomplishments also served as a major source of inspiration for Rees. "I always had this example of doing things that were beyond your imagination," Rees tells POPSUGAR. "Doing things that seemed impossible."

While Rees's command of the camera may now be second nature, it was books that first introduced her to the possibilities of creative expression. "My first entrance into the arts was through literature," Rees says, recalling how her mother stored books by Alice Walker, Maya Angelou, Toni Cade Bambara, Gloria Naylor, and "a lot of black, womanist writers" in a suitcase under the stairs in the house where Rees grew up. Later, she began to relate to authors like Audre Lorde, who used literature to embrace a queer identity while challenging the confines of what it meant to be black, female, and lesbian.

Despite her love of literature, Rees didn't purse a career in the arts because she didn't think she could make a living as a writer. After earning her MBA from Florida A&M University and landing a job at Procter & Gamble in Ohio, a layoff lead her to NYC in 2001. There, she worked for the pharmaceutical company Schering-Plough. The job was satisfying, but it was during a visit to the set of a TV commercial that she was inspired to pursue a career in filmmaking. After quizzing the commercial's crew about the inner workings of production — and with word that another layoff was imminent — Rees began to explore how to enter the world of filmmaking.

"I saw film as a way to bring your story to life," Rees remembers, having later enrolled in NYU's graduate film program. It was at NYU where she began working on Pariah, a semiautobiographical coming-of-age-story about a teenager struggling with her sexual identity. Bessie, the HBO TV movie starring Queen Latifah as legendary blues singer Bessie Smith, came in 2015, nabbing an Emmy for best TV movie and an outstanding director of a TV movie honor from the Directors Guild of America for Rees.

In Mudbound, Rees turned her lens on racial injustice in post-World War II-era rural Mississippi, collaborating with fellow screenwriter Virgil Williams to adapt Hillary Jordan's novel of the same name. The book served as the primary source material for the film, but Rees added elements from her own family's rich history to the movie, making the story deeply personal. "You can't watch Mudbound and not feel on a deep level what it's like to be a black person in America; to be trapped in poverty; to be a traumatized soldier; or to be a woman in a man's world — problems Americans are still struggling to overcome, 70 years after the time period of the story," Jordan tells POPSUGAR, praising Rees for her ability to bring the book to the screen while also injecting her own vision. "In Mudbound, Rees shows us the terrible costs of injustice while offering a glimpse of the brighter, more inclusive future that is possible if we recognize our common humanity." 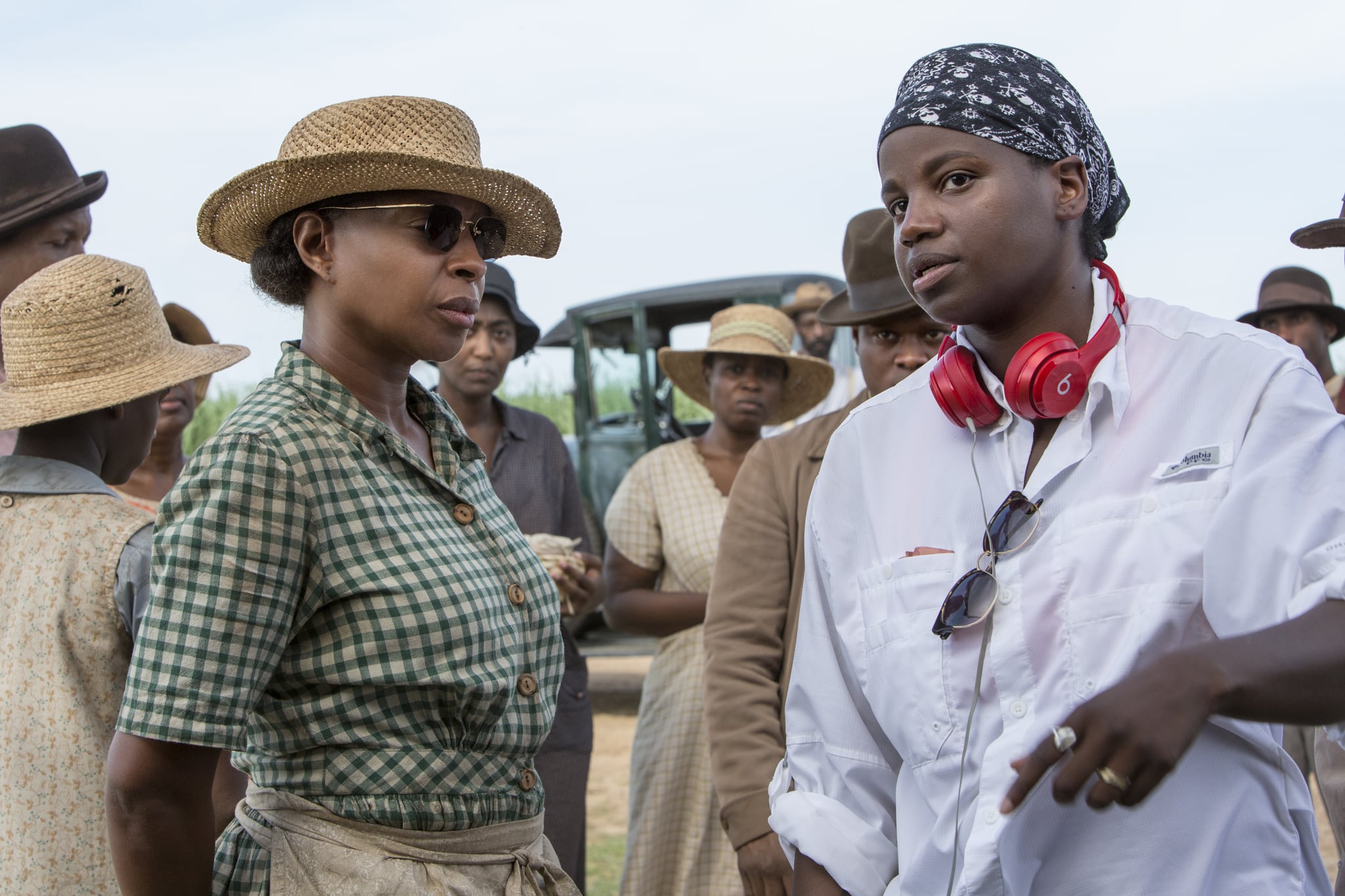 Rees (right) with Blige on the set of Mudbound.

Inclusivity has been at the core of what Rees's work since the beginning of her career, both in front of and behind the camera. In addition to Morrison, many of the key crew members on Mudbound were women and/or people of color who rarely get the opportunity to work on major motion pictures, including the film's composer, Tamar-kali.

"There is a level of honesty and authenticity in her approach as a director and how she engages every artist on the project that creates the space for really wonderful things to happen," Tamar-kali tells POPSUGAR. "You can't help but go hard and bring the best of yourself to the experience."

As Rees enjoys the success of Mudbound, she's also looking forward to the future, currently working on a TV show concept and teaming up with Mudbound star Carey Mulligan once more for the upcoming film An Uncivil War about leaders of the women's movement.

Rees doesn't take her role as a storyteller lightly, actively using her craft to share meaningful stories from voices that have historically been less likely to be heard. As Rees's work continues to empower both her audience and her colleagues and she strives to make each film better than her last, it's her own family that continues to serve as reminder that her talents are limitless. "From my grandparents, a sense of capability and a sense of know-how was passed on," Rees says. "I feel grateful for that."